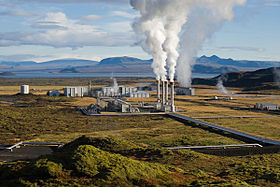 Electric bills are shocking things, almost more so than the actual electricity.  It seems that every other week some crisis or other in Russia, the Middle East or elsewhere threatens to push the price of fuel and power up yet again.

Indeed, an article last year in the Guardian suggested that prices in the UK alone had risen a huge 37% in a mere three years.

It's small wonder with major sources of fuels in near constant turmoil that everyone is looking into alternative energy sources.  Some Governments looking for a solution seem to favour controversial fracking technologies and are accused of seeking to cover the countryside in extraction sites.  More environmentally focussed individuals tend to favour a push to green energy and renewables – solar, tidal, wind, geothermal and so on.

For those who've been living in a nuclear reactor the past twenty years here's a brief description of each one:

Solar Energy converts the huge amount of heat and light sent out by the sun into usuable electricity.  Naturally this means it works best in warm areas with lots of sun, hence the establishment of large power stations in California, India and Spain.

Wind Energy generates electricity via great turbines reaching up into the sky or sometimes placed offshore in a similar manner to the windmills of old.  However, they are criticised by some as being loud, hazardous to wildlife and ruining the picturesque scenery of Scottish golf courses.

Geothermal Energy works by building great pipes into the hot earth which heat water into steam which returns to the surface and turns electric turbines.  Sadly it's really only practical if you have a volcano or other readily hot geographic feature handy.

Tidal Energy has underwater turbines turned by the movement of the waves moving in and out against the coastline.  While this is great for coastal towns and cities, it's not so helpful for countries like, for example, land locked Switzerland.

The great thing about renewable energy is that, even if a particular sort isn’t suitable for your area, there’s one that will be.  And as supplies of remaining fossil fuels dwindle there will almost certainly be a new boom as green energy source are called on to fill the gap.

Taking a course with ADL on Alternative Energy is a great way to prepare yourself for the inevitable revolution of new energy.  Whether you’re looking to get into alternative energy as a career, or simply want to learn more about the practicalities of sticking a solar panel or wind generator in your garden, this course is an ideal starting point for the green engineer of the future.

You’ll learn the essentials about electricity generation and storage and how renewable sources can contribute.  But there’s more to alternative energy than just making electricity, as you’ll find when the course covers the importance of reducing energy consumption, biofuels and more.

Ready to break free of the energy companies?  Alternative Energy from ADL.

PrevPreviousMOOCs – Why they may not be for you
NextWikiwhat? Why relying on Wikis is a bad ideaNext