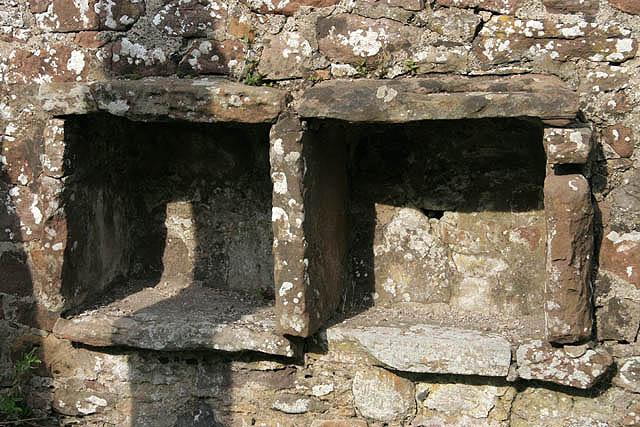 Walking within a walled garden, you may have been fortunate to have come across a small recess, or series of recesses, about 30cm high, with a small ledge, and maybe half a metre of so deep. If you are anything like me, you may have thought "thats an uncomfortable hiding place", or marvelled at the ingenuity of our forbears in not wasting an opportunity for utility; in this case, imagining a temporary receptacle for harvest artefacts or tools. The reality is actually far more remarkable. These small, cupboard-like recesses are known as Bee Boles. Bee boles go by the name of bee holes, shells, keps, niches, walls and houses according to local custom. The word "bole" derives from the Scottish for hole. There were two sorts of bee boles, those located outside for spring/summer use and those inside, used in wintertime.

Outside bee boles were most often located in a south facing wall. This would ensure plenty of morning sunlight and allow the stones to supply a sustained heat. The need to provide protection from wind, rain and cold weather is key to successful beekeeping. Bee boles were often padlocked to prevent valuable honey being stolen and seem to be most popular in the eighteenth and nineteenth centuries, as many were built close to large country houses for convenience. Some outside Bee Boles were even thoughtfully built on moorland, such as those in Yorkshire, so the bees had a short flight to the flowering heather in late summer.

The inside Bee Boles (called niche boles) would be fashioned into the internal walls of barns or outbuildings for use in the winter. These were designed to protect the bee colonies from the worst of the cold weather, thus ensuring their survival until the following spring. However, such inside Bee Boles seem relatively rare and more often, a regular outside Bee Bole would be fitted with a drape of hessian or wood placed in front for insulation. 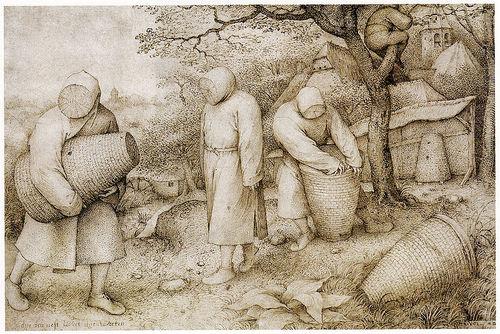 Traditional beekeeping hives, called skeps, were made of various locally available materials, including wicker, straw, logs, and clay, and the skeps would be housed in Bee Boles. Carefully designed domed straw skeps were widely used in Britain. Northern European beekeepers changed from using hollowed out logs to straw skeps between 800 and 1200 AD. Bridal couples in medieval Holland were given a skep to parade around the village as a symbol of starting a new home, and a swarm of bees as a wedding gift. In a skep, the bees build combs without frames and attach them to the hive. The combs cannot easily be removed, making it impossible to check the hive.

Whilst using a skep was an obvious step up from using a tree stump or hollow, they do have several disadvantages compared to modern bee hives. Most notably, skeps are quite vulnerable to pests (such as red mites and mice) and diseases (such as Varroa and Nosema). Few skep colonies last more than a couple of seasons, but in the old system of apiculture, they were never really meant to; bees were expected to swarm (to another skep), or it was destroyed for honey. In some ways the skep method does seem to suit the natural propensity of the bee to swarm, and some natural beekeppers do still use them. However, once the modern Langstroth box hive was perfected, bee skeps fell out of fashion. 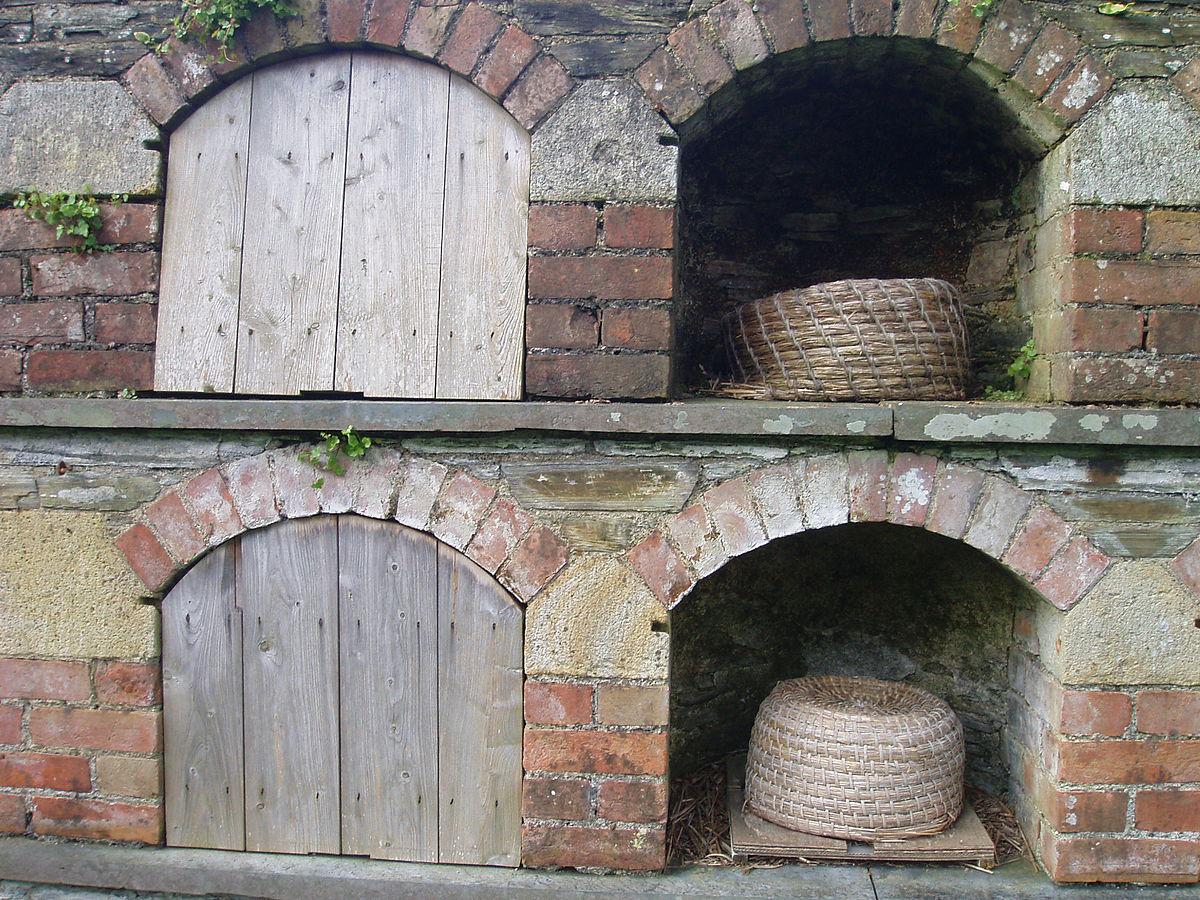 With the resurgence of natural beekeeping, could the Bee Bole be in for a revival? Well, not really. Natural beekepers have found that hives are best positioned at least 2.5 metres above ground. When left to choose, bees tend to settle at heights between 2.5 to 6.0m and never on the ground. Here the hive receives more warmth and light than it would at ground level. The bees can come and go freely, remain relatively dry and have some protection from ground predators.

Records of bee boles and other beekeeping structures built in the past. Started in 1952, the Register now contains records for 1589 sites, and images for most of them. The Register was made available online in 2005.