Whilst out walking by a grassy river bank in mid-March, I spotted some Butterbur in flower. I was quite unaccustomed to seeing it as a tiny flowering plant. For most of the year, it has large rhubarb- like leaves which are quite extensive, growing in obtrusive stands on the river bank. The flowers were almost primeval in appearance when unaccompanied by their large leaves. This prompted some research! 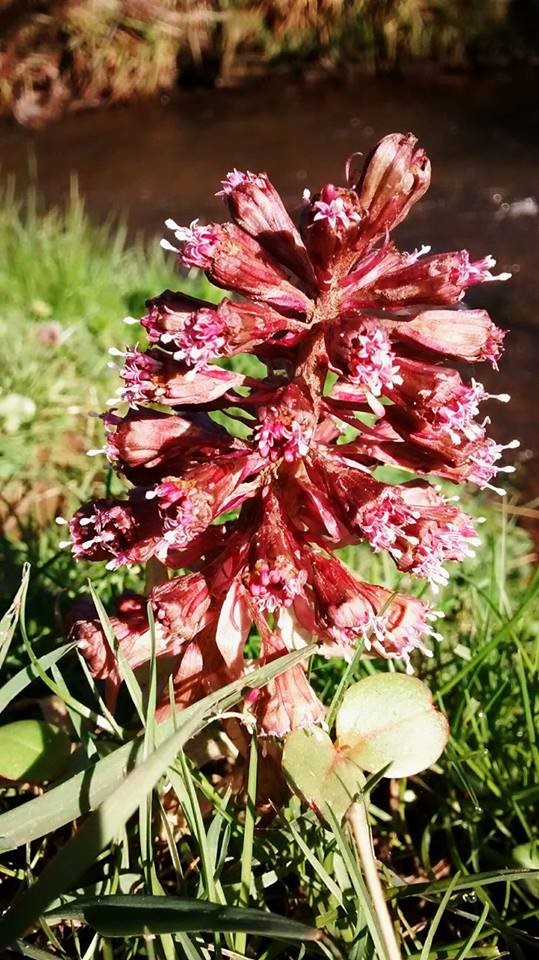 Butterbur (Petasites hybridus) has a fleshy, root-stock which extensively creeps underground. Like its relative the Coltsfoot, it sends up flowers before the leaves appear. The flower-heads are, however, not produced singly, on separate stalks, but in clusters in a dense spike, which first appears at the end of February or beginning of March, and is generally of a purplish hue.

The flowers are dioecious, that is to say each plant has either male (stamen bearing) or female (seed producing) flowers. The male flowers are generally looser, with bell shaped corollas (petals), so it’s a male flower shown in the photo above. Interestingly, the dioecious habit is occasionally broken and sometimes on male flower spikes there may be found a few female flowers, and vice versa. I wonder whether this is a survival mechanism which has evolved in Butterbur plants which have endured periods of low population density. Then, even with few individuals in a stand, Butterbur could generate some sexual variation. 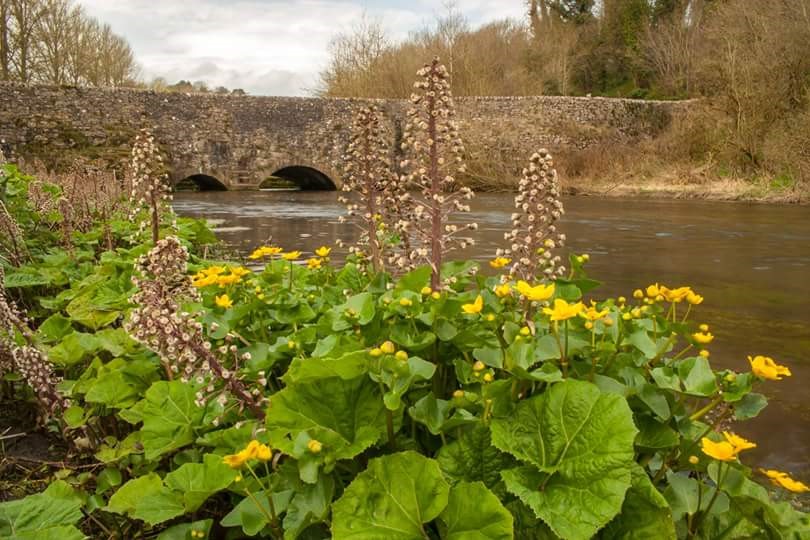 The early and unusual flowering of Butterbur has afforded it several country names. The unfurling pink flower stalks are thought to be similar in appearance to button mushrooms, hence emerging Butterbur flowers were also known as ‘early mushrooms’. 'Lagwort' is also a traditional name for Butterbur, in reference to the delayed appearance of leaves untill after the flowers have faded.

The common name Butterbur is supposed to have arisen because, in the European tradition and the root cellars of the US pioneers, the large leaves were used to wrap butter up during hot weather. Lyte’s Herbal of 1578 remarks of its leaves that 'one of them is large enough to cover a small table, as with a carpet,' and that they are often 2 feet in width. 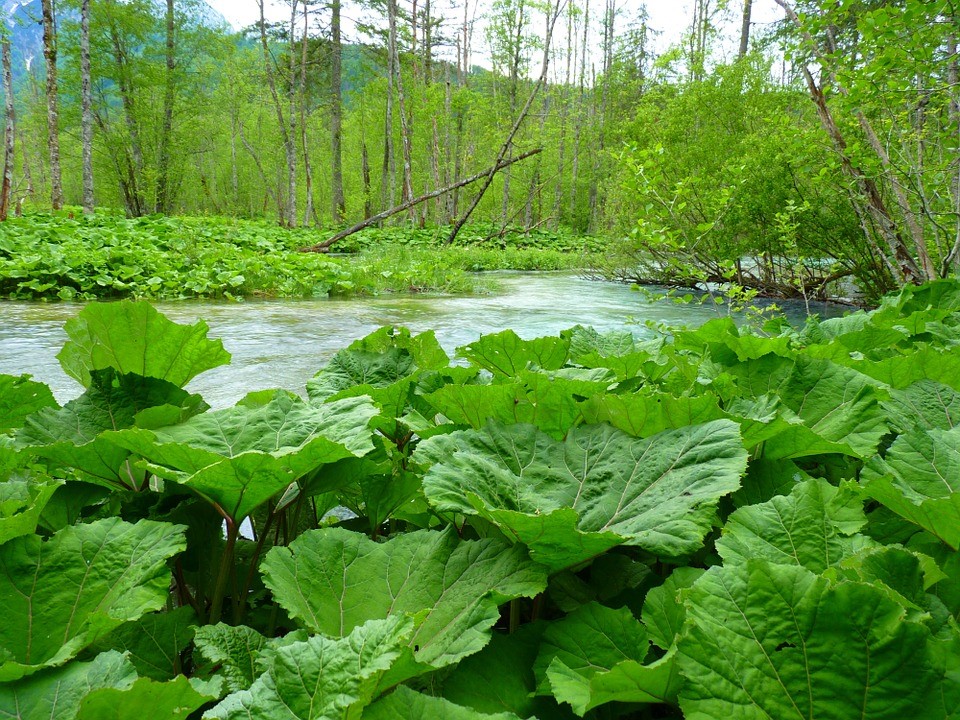 The Latin name Petasites probably derives from the Greek word petasos, referring to a Thessalian sun hat. Because of the large, parasol- like leaves, Petasites indeed may have come in handy as a hat. But that’s not the only sartorial claim to fame of Butterbur; the plant was also used as a natural dye for Scottish Harris Tweed.

Butterbur is an excellent example of how in permaculture we may turn nature’s problems into design triumphs. Owing to the large growth habit of Butterbur leaves, no other vegetation can live where these leaves grow owing to light competition. It has been described as 'the most pernicious of all the weeds.' And yet the early flowering of Butterbur is employed to good effect by Swedish farmers who have historically planted it near their beehives. Under its ample foliage, the poultry in farm meadows, shelter themselves from the rain, or find a cool retreat from the noonday sun.

Petasites has been used as a general anodyne in both European and Asian folklore and is reported to be useful for asthma, allergies, hypertension, chest pain, migraine, vascular pain, and pain due to ulcers. Petasites was reportedly used during the Middle Ages for symptoms of the plague, where it earned the name ‘plague flower’. Petasites is consumed as an anti- inflammatory and anti- allergic vegetable in Japan. In recent times, the beneficial medicinal properties of Butterbur have been eclipsed by concerns for its safety (as it contains Pyrrolizidine Alkaloids), but some researchers believe the science behind such a reputation is unjustified.

If you are interested in the history of our countryside, ADL has a number of courses in Horticulture, Nature Conservation, Ecology, Medical Herbs and Permaculture to interest you.