Counselling and Sigmund Freud: An Introduction

The value and relevance of psychotherapy to counselling has been debated, with some arguing that it is beyond the scope of counselling, and should only be applied by psychologists or psychotherapists.   There is also some disagreement about the usefulness of this approach after all.  Since it focuses on uncovering repressed memories and experiences from early childhood, some believe that psychotherapy and counselling are too past-oriented and not particularly helpful in helping clients deal with existing problems and issues. It has been accused of being like a bottomless well, human consciousness and experience being so complex and profound that explorations there can take a lifetime, without yielding significant positive results.

Yet psychotherapy has given us some important insights into human behaviour and has contributed to our understanding of human consciousness and influences upon it. Whether or not you choose to apply some of its principles, as in good counselling practice, you should at least be aware of them, and understand their basic precepts.

Sigmund Freud (1856 – 1939) developed the most comprehensive theory of personality and psychotherapy to date.  Making his work an essential part of background reading for counselling practice. His basic principles have been used as the building blocks for many subsequent theories, and continue to be used.  Other theories have emerged as a reaction against psychoanalysis.

At the end of the nineteenth century, it became clear that many mental disorders could have a psychological basis as well as those with an organic basis. Therefore, an unanswered question was, how do psychologically caused mental illnesses occur?

Freud may the first systematic attempt to answer this. In 1885, Freud went to Paris to study under Charcot and was impressed with the use of hypnosis on hysterical patients. He became convinced that there were powerful mental processes that were hidden from consciousness. On returning to Vienna, Freud worked with Joseph Breuer who was using hypnosis on neurotic patients. Freud noticed that under hypnosis patients spoke more freely and on waking up felt relieved.  This release of emotion was called the cathartic method. With this, Freud and Breuer made the discovery of the “unconscious” – the role of the unconscious processes in determining behaviour.

Freud soon realized that he could dispense with hypnosis by encouraging patients to say whatever came into their minds without regarding logic or decency.  Freud found patients would discuss problems freely using this “free association”.  Freud drew attention to the unconscious and its role in personality development.  His theory of personality development is deterministic, emphasising the role of irrational forces, unconscious motivations, and drives on the individual’s psyche as they progress through psychosexual phases during the first 5 – 6 years of life.  Freud considered instincts to be central to personality development.  He referred to libido (sex drive) to be the survival instinct.  He later renamed it the ‘life instincts’, to illustrate the fact that he believed motivation went beyond sexual energy.  Contrarily, he believed that aggression was the primary death instinct. 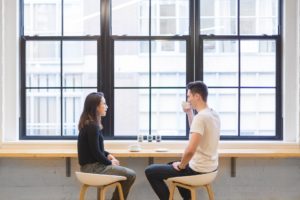 Elements of the personality

Freud proposed that the personality was constructed of three systems that are interrelated to form the whole personality: the id, the ego and the superego. Understanding these will improve your counselling skills as it will help you understand a model of how your clients behave.

The id constitutes the most primitive part of the personality. It motivates our basic pleasure-seeking drives such as hunger, thirst and sexual desire. It operates solely according to the pleasure principle -seeking pleasure and avoiding pain, without moral or social restraint. Imagine what chaos and anarchy would prevail if we lived our lives governed only by the id, each destroying whatever is necessary for our own gain, and seeking pleasure any time and place. This does not happen though, as at some stage in the child’s development, the ego is constructed.

The ego constitutes the practical aspect of the human personality. It operates according to the reality principle, directing the individual with regard to what behaviour is appropriate at different times. In other words, it keeps the reckless id impulses in check so that we can get on with our lives, and behave appropriately according to the demands of the situation or environment. This is not to say that the ego does not allow the id expression. Rather the ego mediates between the demands of the id, the realities of the world, and the demands of the superego.

The superego constitutes the conscience of the personality. It is involved in the person’s moral evaluations of what kind of behaviour is right and wrong. The value system it constitutes is largely internalisation of society’s conventional moral standards. Because of the role of the parents as the spokesman for society, the superego develops as a response to parental moral guidance. The value system of the individual is determined according to punishment/reward system provided by parents for certain behaviour. The superego is often responsible for the emotion of guilt.

According to Freudian theorists, the child is at first at the mercy of the id, and has no ability to delay gratification or to tolerate discomfort. For the very young child, ‘good’ is what is pleasurable; and ‘bad’ is what is painful. It is only once the child has developed the superego component of the personality that he/she becomes capable of moral evaluation. The development of the superego occurs through an ‘internalisation’ of the values held by parents and other important people in the child’s life. As the superego develops it comes to represent not only basic moral values, but a striving for moral perfection. It is important to note that there is a limited amount of energy in the system and that at any point in time, one system can gain control at the expense of the other two. 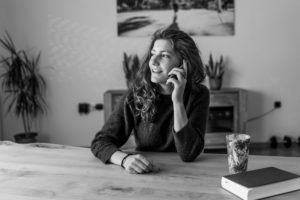 The Notion of the Conscious and Unconscious

The unconscious is another important concept in Freud’s theory.  Freud thought that the conscious was only a small part of the mind, whilst a much larger portion of the mind remained hidden.  In the hidden portion, our forbidden desires, hurtful memories and other experiences pushed out of the consciousness are hidden.  The individual is unaware of this unconscious feelings, the feelings try to find expression, may be in the form of dreams and fantasies, when the ego controls are temporarily lowered.  Until the unconscious material is brought to the person’s awareness and integrated into their ego structure, then irrational and maladaptive behaviour can continue.

Sigmund Freud distinguished between conscious, pre-conscious and unconscious.  The unconscious has also become known as the subconscious.

Pre-conscious material is that which is not presently conscious but which can be retrieved through memory and focussing.  The preconscious contains all memories and ideas capable of becoming conscious.

The unconscious (as postulated by Freud) level – is a level below our consciousness, and can influence our behaviour without our being aware of it. For instance, we might tap our pencil on our desk during a tense moment without realising that we are doing it, but as soon as we notice, we can quickly understand that the action was an expression of anxiety. This holds all of our repressed and denied feelings, emotions and motives, which have been hidden away even from ourselves as we learned that they brought us shame, guilt, or the disapproval or others.

Because it holds what we really think, feel and desire, Freud proposed that the “the unconscious must be assumed to be the basis of all physical life”; the unconscious, rather than the conscious, is the true psychological reality. But since it is also the place of our greatest fears, it is not readily accessible. Instead, we gain insights into what is contained there (into what fears and desires we hid there as children) through our dreams, behaviours and slips of the tongue. Access to unconscious material requires the use of special techniques such as dream analysis or hypnosis.

Probably the most significant concept to be espoused by Freud was that of the unconscious.

Whilst this concept is impossible to prove, he used clinical evidence to back up his theory.  This evidence came from a number of sources:

• Freudian slips (slips of the tongue)

Freud believed that the unconscious represented the greater part of the mind.  Most psychological functioning occurs in the unconscious.  The idea with psychoanalytical therapy is to make the unconscious motivations conscious, so that the client has the ability to make choices.

If you’re fascinated by the field of counselling and would like to learn more, have a look at our course which will introduce you to the key ideas of the field. Get the most with expert tutor support, online learning, all done at your own pace with ADL’s counselling courses.

PrevPreviousHow to get your poetry to speak to people
NextWhat actually is AI and how does it work?Next