Deadliest Weeds – 5 of the Worst 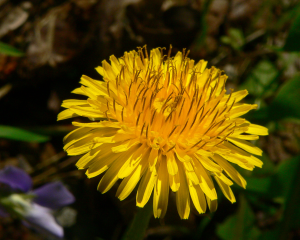 Pragmatically speaking, any plant that grows where it isn’t wanted could be considered a weed.  If it takes resources and nutrients away from the plants you want growing on a lawn, in a flower bed or in a vegetable patch, then it is a nuisance that needs to be dealt with.  But not every weed is relatively benign, like a Dandelion in a row of tulips.  Some are an active menace to the plants they grow alongside.  If you see any of the following get a toe hold in your garden – act quickly!

This tough, resilient grass is a popular fixture in sports fields where its rugged nature and quick ability to regenerate itself make it an ideal turf for enduring vigorous sporting activities played out atop it.  However, these same tough qualities result in a plant that can be difficult to eradicate, especially should it reach areas it was not meant to go. Its vigorous nature rapidly crowds out other grasses and some varieties are even capable of expressing toxic chemicals that are hazardous to other plants and some livestock.  Not for nothing has the plant earned its nickname “devil grass”.

The Lazarus of the plant world, Bindweed seeds can stay viable for up to 50 years meaning that a young gardener of twenty today could well be fighting the same plant family in retirement.  Avoiding a lifelong struggle with this plant is difficult, as it can regenerate entirely from mere fragments left in the soil and its roots can bury themselves over 30 feet deep.  Given its resistance to herbicides, many gardeners find that only ongoing vigilance can keep on top of it. 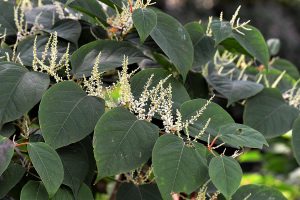 So invasive and damaging is this fast-growing, resilient import from the far east, that mortgages have been refused for properties with Japanese Knotweed anywhere near them.  In the UK, it can be a struggle to get a mortgage on a property if no formal plan is in place lasting a minimum of five years to contain or eradicate the plant.

The world conservation union has listed this plant as one of the worst pests in the world.  It thrives in temperate climates and can be found as far afield as America and New Zealand where it is never welcome.

Another menacing plant import from Asia, the Kudzu vine is famous for its ability to literally grow a foot in a day under ideal circumstances.  A major problem plant in North America, Kudzu was originally brought over in 1876 and used as a fast-growing shade providing plant.  Later, over a million of acres of the plant were seeded as a means to prevent topsoil erosion.

The problem with Kudzu is that its fast-growing nature helps it out-compete many native plant organisms allowing the Kudzu plant to literally grow over them.  By smothering other plants in the shadow of its leaves, the plant effectively kills off its competition.  That means that wherever it shows up, action is essential if it isn’t to upset local ecosystems.

With its regular appearance in the middle of freshly mowed lawns, the dandelion has earned the enmity of gardeners across the world.   It may not be the most durable of plants, but its relatively low height and rapid growth continue to be a problem.  The fact that dandelions absorb up to three times as many nutrients as other plants from the soil makes them aggressive and unwelcome competition wherever they appear.

On the other hand, they make rather good eating.  And it’s not just rabbit food – the leaves make for good salad greens, the heads are excellent fried and the roots can be ground up for coffee.  Even dandelion wine is a thing.

Got a garden pest and a tip to get rid of it?  Let us know in the comments.