If you have been lucky recently, you may have been out walking on the moors or grasslands and seen a kind of crazy candy-floss looking plant which grows in mats on and throughout other vegetation, perhaps not dissimilar to an unruly spaghetti. Its the Dodder! Genetic testing of Dodder has recently confirmed botanist's early suspicions that it is a bindweed, part of the morning glory family, Convolvulaceae. And being a bindweed makes it of interest! 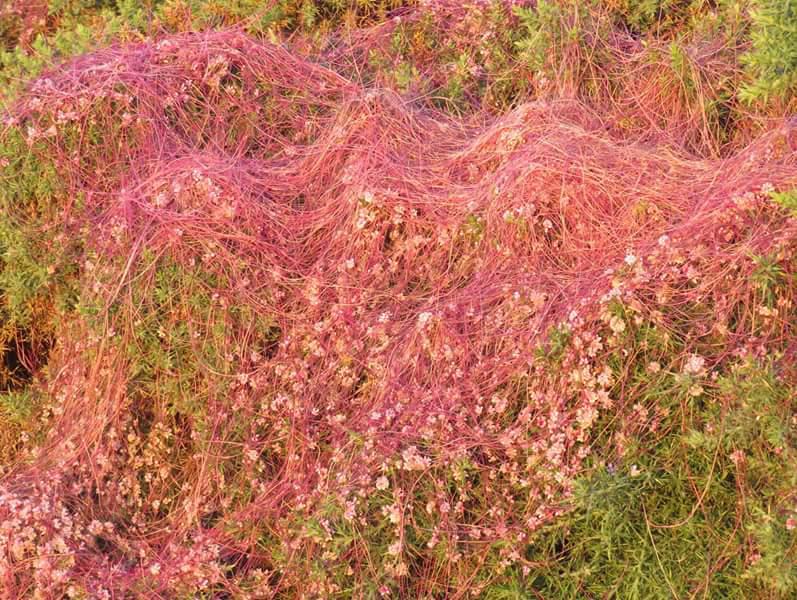 Dodder is a parasitical plant. Rather than drawing nutrients and water from the soil, it infiltrates the stems of it's plant host using microscopic projections called haustoria, and hitches a ride. In this way, Dodder doesn't need to photosynthesise very much so it lacks the green colouration of chlorophyll, and can instead sport a variety of golden yellows, browns, or even vivid pink. The leaves are reduced to fine scales, and the adult plant has no roots. Instead Dodder has tendrils which wrap around the host in a deadly embrace. Without the need to grow roots downwards in search of water, Dodder can dedicate all of its growth to aerial parts where it can outcompete its host. The dodder can grow and attach itself to multiple plants. In tropical areas it can grow continuously, and may reach high into the canopy of shrubs and trees. Such a pernicious gorwth habit has earned the Dodder several enigmatic country names: Wizard's Net, Beggarweed, Hellweed, Strangle Tare, Scaldweed, And Devil's Guts. Or in more recent times, the 'silly string' weed.

There are over 150 species of Dodders, and they seem to have definite preferences for their host plants; they are fussy eaters. Some species are inclined to infest alfalfa, furze, flax or thistle. Others are found on agricultural crops like asparagus, melons, and tomatoes. In China, Dodder can be problematic on soy crops, and Japanese ornamental trees can be overwhelmed by Dodder and ruin their beauty. Management of Dodder is not easy. Although a variety of methods of weed control are used, including herbicide application, removal by hand, mowing, pruning, or burning, no method is perfect and if Dodder takes a hold, it often comes down to losing the crop plant in order to contain the infestation. 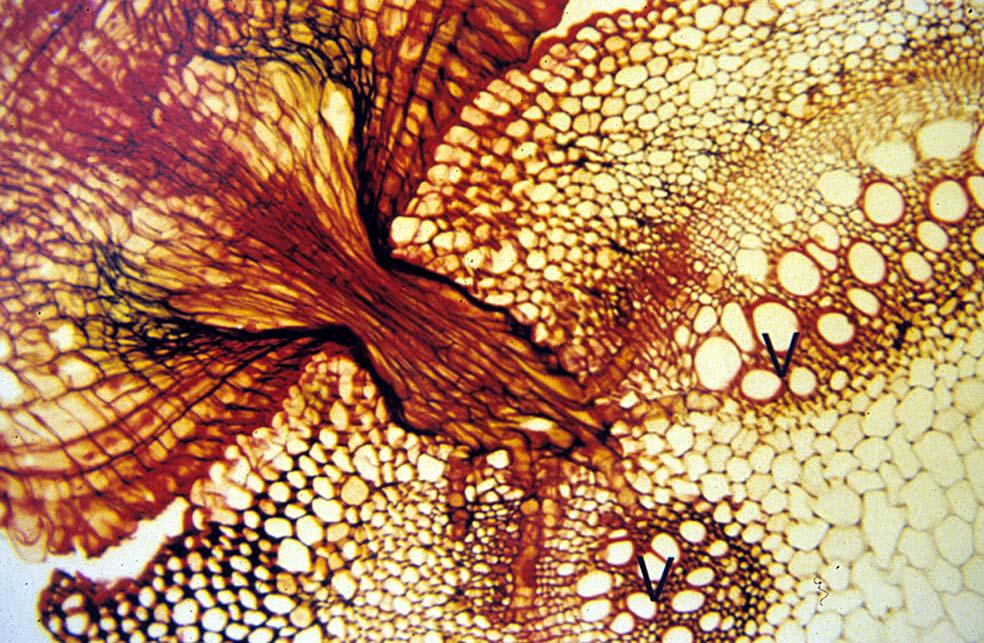 Recently two studies (see below) discovered something of the ingenuity of Dodder plants in hijacking their hosts' biochemistry to protect themselves. Not only can Dodder utilise the host plants own endogenous defence signalling (a kind of immune system based on a fatty acid hormone called jasmonic acid), but it can also intercept host proteins in order to become herbicide tolerant. Discovering such a high degree of molecular 'intelligence' coupled with its parasitical nature, makes Dodder a real trickster and even more difficult to eradicate. At ADL we aim to give you the know- how to contend with 21st century agricultural problems, by offering courses in agriculture, organic gardening, horticulture, and permaculture. 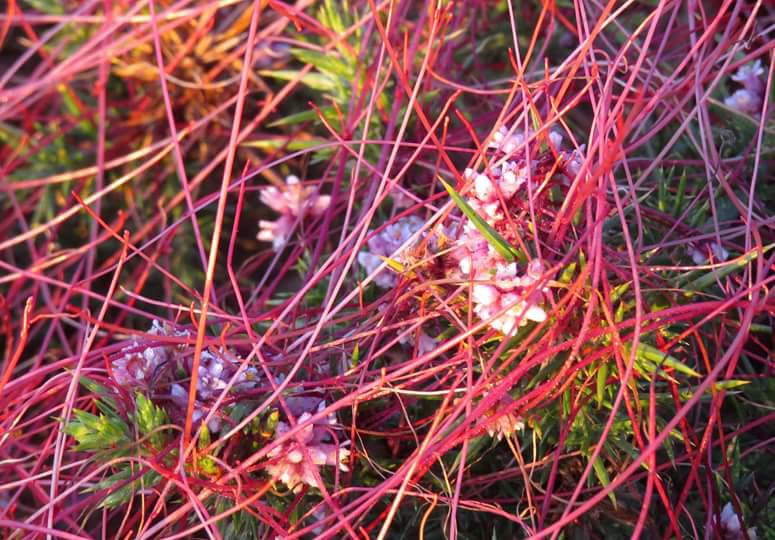