Failures of Logic: An Appeal to Nature 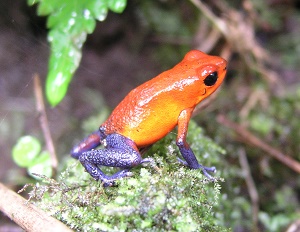 Today’s marketing buzzwords love to include an emphasis on the natural.  Cosmetics like shampoo and makeup products boast about how they are made using natural ingredients.  Food packaging proudly labels itself as containing absolutely no GM (Genetically Modified) ingredients.  And fresh produce, fruit, veg and more is increasingly available in an organic variety.

On the other hand, products that are deemed as “unnatural” are increasingly vilified.  The media loves to use the label “Frankenfoods” when talking about products containing GM ingredients.  Meanwhile processed meat products such as bacon and hamburgers found themselves in a fresh controversy the other week when the World Health Organization declared them as a confirmed cause of cancer.

Clearly the message from the sellers is that natural is good.  Indeed a great deal of modern research from a wealth of fields seems to favour the idea that the natural is better for us as human beings.  Studied in everything from breast feeding to skin care consistently suggest that the natural option will let us live longer, healthier and just all round better lives.

With all the apparent evidence, surely it seems like choosing the natural option would be the best choice in most circumstances?  Ofcourse not – otherwise we wouldn’t have a topic for this logical fallacies article!

The Appeal to Nature Fallacy

In its simplest form, the appeal to nature fallacy goes that because something is natural, it is automatically better or more reliable.  The implicit suggestion being put forward is first problematic because calling something natural then becomes a value judgement equating nature with good.  So a brand of conditioner is better because it uses natural ingredients.  Or an organic cabbage must be better for you because it was grown organically rather than with conventional pesticides.

Clearly though it doesn’t take a diploma in critical thinking or philosophy to realize that just because something is natural doesn’t necessarily mean it is, in fact better.  To suggest an extreme example, letting a dangerous disease such as Ebola run rampant freely through the population rather than intervene medically would be natural.  But very few people would agree that this was ethically better.

On the other hand, a counter example might be the over prescription of antibiotic, particularly for trivial illnesses better served with bedrest which has led to a proliferation of drug resistant disease causing bacteria which has led to serious problems for the medical community faced with new bugs against which they have fewer treatments.

The other problem with using the word natural is that it can mean different things to different people.  Clothes and houses for humans for example are not natural and have to be made.  And yet, just as birds build nests the same argument can be made that it is in the nature of humans to build homes and fashion clothes for themselves.

It also doesn’t matter how many natural essences may be poured into that shampoo bottle – it still came out of a factory.  Even organic farming, while regarded as more natural and environmentally friendly, is not completely natural and relies on human interaction.

What this all means in a nutshell is that whether or not something is natural should not be used as an argument by itself.  With so many diverse meanings the perceived “naturalness” of something is an inaccurate measure of somethings worth. An appeal to nature thus is something to be avoided by critical thinkers in any properly written assignment and essay.