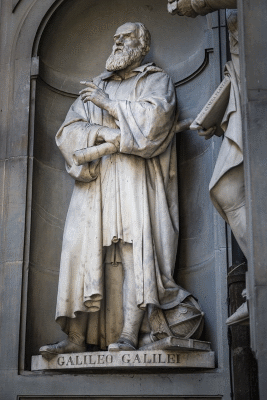 Everybody knows that the best cure for the common cold is good helping of vitamin C.  That’s just common knowledge.  Likewise, carrots are excellent for improving your vision at night.  Lastly, nobody would dispute the common knowledge that the Earth is at the centre of the universe and that the sun orbits the world.  Right?

If you’re paying attention you probably noticed that one of three of those statements is not at all true.  Certainly Galileo turned heads when he first suggested his heliocentric model of the universe to the world, getting himself locked up by the Catholic church for challenging the prevalent doctrine of the day.

But if you’re in the know you might also reject the other two statements.   Carrots, while containing the eye beneficent vitamin A will not give you improved night vision.  This was allegedly a rumour started during World War II to suggest why British pilots had better vision against their Axis adversaries when infact it was all down to the recently invented radar.

Meanwhile, scientific study into the healthy benefits of Vitamin C versus the common cold are somewhat mixed.  While taking a boost of an essential vitamin that may be in short supply in the body can bring about a boost in health, it doesn’t, itself appear to cure cold symptoms.  Thus eating a bag of oranges, though delicious, isn’t going to make you better much quicker.

Asking the Audience – The Wisdom of the Crowd

The Argumentum ad Populum is best translated from the latin as the “argument to the people”.  In its basic sense it is a fallacy which occurs when a claim is regarded to be true because it is popular.  Popular in this case meaning what people generally agree to be true, not necessarily what they want to be true.

In some cases of course, popularity is very important.  Businesses all across the world want to have some idea of what people want in order to meet their demands.  However it can also be a significant problem when large numbers of people begin to accept and believe in ideas that happen to be wrong, solely on the belief that everyone else believes it to be true.

Again, Gallileo and his discovering that the Earth goes around the sun remains an excellent example of that.  At the time in Europe the consensus of knowledge was that a very small sun went around a much larger Earth inspired in part by church teaching at the time.  Unwilling to accept that they may have been wrong, Church authorities at the time arrested the astronomer.  Yet nearly every child today knows the shape of the solar system.

As always then when forming your arguments you need to be aware of whether or not a case you are making is actually true, or whether it is simply something you perceive to be true because of the opinions of others.  After all, you’d hardly want to eat all those carrots and not have fantastic night vision would you?

PrevPreviousSole Traders, Partnerships and Limited Liability Companies
Next10 Courses for Business Start-ups in 2016Next