Failures of Logic – The Slippery Slope 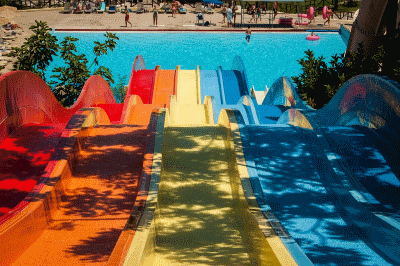 As anyone with a passing interest in water slides or skiing might tell you, slippery slopes have a tendency to take on a life of their own.   You might try to slow down or even stop as you go, but it’s an immense effort to get back up at all and it is all but certain that you’re going all the way to the bottom.  The same sort of thinking applies to the slippery slope argument that suggests, for example that taking one action will lead to another, and another until one arrives at a situation absolutely nobody would accept.

This sort of argument has often been commonly cited across the world as more and more countries have become accepting of gay rights.   It is frequently suggested that, by removing the prohibition of same sex couples getting married that this is only the first step in a situation that will open the flood gates to all sorts of things getting married.  Married to pets.  Married to children.  Married to famous national monuments…

Like many other such failure of logic, the slippery slope seems reasonable at first.  We all know how actions or inactions lead to consequences.  For example, starting a fire at home inappropriately might lead to the furnishings of the home catching fire and eventually the house and those nearby all burning down.   If A happens, then so will B until ultimately you get to Z.

However, on closer examination it becomes apparent that many of the times this argument is invoked, it is done more as an appeal to emotion rather than through logical matters.  It is often for example, falsely assumed that if A happens, B is bound to happen.  The problem being that the assumption is not backed by any evidence and that quite often, B is not so much next on the slope as sitting on a different hill entirely.

A historic example is often cited regarding the Vietnam War and the belief in a Domino Effect if South Vietnam were to be conquered by the North.   Successive United States governments all firmly believed that if Vietnam fell to communism then the other countries of South East Asia would inevitably follow believing in what they called a “Domino Effect”.   Even when America pulled out of South Vietnam it provided so much in military aid and support that, for a short period, South Vietnam had one of the biggest and best equipped militaries in the world.

In the end this was not enough with the North conquering the South and unifying the country under its communist leadership.  And yet, despite the claims of thinkers at the time, the rest of Asia did not follow the Vietnamese example.  Indeed, over forty years on and Vietnam is increasingly open to the west as is its patron China.   What happened to Vietnam was specific to that country and that circumstance and did not automatically follow throughout other Asian countries.

Staying Off the Slippery Slope

The key way to identify, or to avoid making a slippery slope fallacy is, as often with logic, to look at the evidence.  Is there any evidence that genuinely suggests that one course of action say legalising gay marriage (A) will lead to allowing people to marry their cats (B)?

It is true for example that in western liberal societies the trend is generally considered toward allowing people more individual freedoms.  Therefore permitting people to marry cats or other animals would be, to one perspective, becoming more liberal and taking another step towards an inevitable “anything goes” culture.

However this may not be the reason that action A is being undertaken.  One major issue that separates people from cats when it comes to choosing partners is the matter of consent.   Given that animals lack the power of language it is largely impossible for them to give consent.   Besides which animals are a completely separate matter to people and thus all decisions must be considered in that light.

In short ensure that you ensure a satisfactory explanation of why A will lead to B when it is said.  If it’s not there, or the argument is weak, the chances are it is an illogically appeal to emotion intended to put the listener off considering taking a reasonable and logical action. Critical thinkers need to be aware of this lest they come to the wrong conclusions.