Say what you will about Scientists but they love a good argument.  Give them a topic and they will happily debate, argue, threaten and invent ways to get one over on their peers.  Not that this is a problem, rather it remains the essential if argumentative way to hopefully get at the truth.  After which there’s always some other great scientific controversy for them to go on and argue about.

One of the things that Scientists have, by and large managed to agree on is the idea that birds, as we know them, are descended from dinosaurs.  Several of the reasons for this is that: 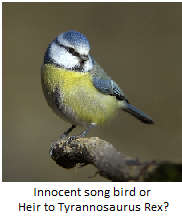 In 1999, proof was finally found that they could link dinosaurs with their eventual evolution to birds.  On October the 15th The National Geographic Society held a major press conference to announce the discovery of a 125 million year old fossil that seemed to be the missing link between dinosaurs and birds.   Simultaneously to this great revelation the society’s magazine, also called the National Geographic ran a glossy main article celebrating this remarkable find that was sure to prove beyond doubt the theory of avians dinosaur origins.

The creature was named “Archaeoraptor liaoningensis” meaning “ancient robber of Liaoning”. Supposedly the bird/dinosaur hybrid would have been about the size or a turkey and had fully feathered wings.  However it had a long, reptile like tail which gave credence to the idea that it was some sort of dinosaur.  The mixture of bird and reptile parts combined lead researchers to believe that they had indeed found the missing link to 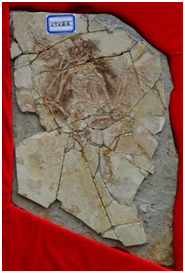 Naturally there is only one reason for this scientific discovery to be covered here: it was, alas a hoax.  Fuller study of the subject revealed the fraudulent assemblage of parts from at least three different creatures deliberately put together and possibly as many as five.  Furthermore, in an effort to gain what they believed was an exclusive story, the National Geographic pushed ahead with their finding without gaining the benefit of peer review from other establishments.

It is thought that the story that led to the national embarrassment began in China where it was common practice at the time for farmers to dig fossils out of the ground for sale to private collectors – a practice that was and remains illegal in China.  The farmer in question, understanding that “complete” fossils were more valuable than partial ones is believed to have put the finished artefact together with cement where it was sold on to private interests who smuggled it out to the more lucrative markets in the United States.

To the National Geographic Societies’ credit, upon discovering of possible fraud they did commence an investigation which subsequently established the reality of Archaeoraptors hoax and published a retraction later in their magazine. The fossil itself would come to be known as the “Piltdown Chicken”, a reference to an earlier hoax known as the Piltdown Man which claimed to be the missing link between humans and apes.

Nevertheless, the incident was a deeply embarrassing episode for a prestigious society and a lesson to even the greatest minds of the importance of never rushing to announce a discovery no matter what on over eager editor might want.

The Museum of Hoaxes
Wikipedia