Is Conservation Always Worth It? 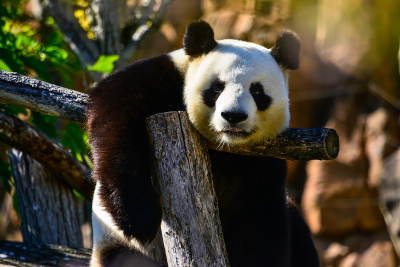 It’s hard not to be moved by a television advert or YouTube advert appealing for help for a majestic endangered animal.  For most of us, our natural instinct is that of course we want to save the beautiful tigers, the cuddly panda, the endangered wild animal.   Charity runs raise billions world wide to help fund the conservation and preservation of threatened species around the planet and raising awareness on their behalf.

But with so much effort and money invested in it, the question has to be asked – is it worth it?

A long history of extinction

It is estimated that, over the course of the history of the planet that 99.9% of all species that have ever evolved on it have, eventually gone extinct.  Whether this has been by some members evolving over time into a separate species and out competing the other or a sudden wipe out like that of the dinosaurs, it’s quite wrong to say that extinction is, in any way a new thing caused by humans.

That said, it’s also wrong not to consider the huge impact growing human populations have on other species.  Whether taking over land for farming or building, hunting for sport or profit or introducing out own animals into the eco-system and protecting them to the exclusion of native fauna and fauna we are changing eco-systems to suit ourselves.

According to the World Wildlife Fund, the uncontrolled human impact on natural eco-systems is leading to an extinction rate between 1000 and 10,000 every year, or that 0.1% of current species are going extinct every year.

The human induced loss of species across the world is a huge problem called by some conservationists the sixth extinction event.  However, despite the huge threat from unregulated human expansion there is another problem – many of the animals apparently don’t want to be saved.

Consider the giant Panda, the great white and black cuddly mascot of China and the WWF.  These attractive looking beasts are a sure fire hit with conservation fund raisers but what many people don’t realize is that Panda’s are notoriously poor breeders.   Females are only fertile for a tiny 36 hour window every year and also incredibly picky.  In the wild typically males will compete and the most dominant may succeed in attracting a female.

However, in captivity the social groups are radically changed with a smaller pool of available males for the female to choose from.  Frequently she doesn’t choose any.  For the males part, the lack of availability of a clearly dominant Panda that attracts the female is thought to have lead to male pandas who genuinely have no idea how to mate without an example to watch.

This has led to some desperate conservationists taking to unorthodox methods including playing pandas videos of wild pandas mating in the wild in the hope it will get them in the mood.  Captive breeding often relies upon artificial insemination but, even though it has had some success it still remains a problem to create sustainable Panda populations to release back into the wild.

The Cost of Conservation

Sadly, conservation, though a moral imperative for many is constrained like everything else by money.  Not every cause wins as much interest as the case of the giant panda and in many cases cash strapped governments the world over are tempted to open up preserved natural areas to exploitation and development.  In 2013, the South American country of Ecuador asked for financial help from across the world in order to not need to exploit the oil deposits under the rain forest in the Yasuni region.   Sadly, crippling debts to resource hungry china and a lack of interest from the rest of the world forced the country to agree to open the rainforest for exploitation.

If obvious good causes like this struggle to gain the support they need to pull through, how much worse is it for those endangered animals not fortunate enough to be considered aesthetically pleasing by humans?  The Proboscis monkey, with its huge nose is very much amongst the least offenders in a line up of endangered animals that includes such rare and threatened species as the colourfully named Aquatic Scrotum Frog.

Nevertheless, many maintain that protecting our eco-systems, and those yet not fully understood is an important priority for the world.  Huge advances of science have come from the study of the natural world.  If we optimally end up in a world that is just us and the animals we have chosen can live besides us,  we may lose a wealth of diversity that will leave us poorer in all senses.

Is Conservation Always Worth It?  Let us know in the comments!