It’s no surprise to anyone that social media is one of the big revolutions of the past decade.  Whatever the platform, from the 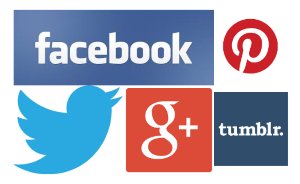 iron dominance of Facebook and media darling twitter leading the way, down to other networks including Pinterest, Google+ and Tumblr.   Whatever the topic or object of interest, social media has put people in touch with one another at the click of the button.

Of-course, without a dose of moral panic, it wouldn’t be a proper development of society and the technology that underpins it.  Just like television, radio and (presumably) shop bought sliced bread, social media is making us fat, lazy and stupid according to numerous commentators.  Certainly the web is already full of articles discussing the effects that becoming reliant on social media can have on us all.  Then again, in an age where Google has become verb, it’s a good idea to take a moment to check whether our social networks are helping or hindering our studies.

On the one hand, social media has the power to bring those who matter to us closer with incredible convenience.  The various networks are freely accessible from any internet capable device, making them accessible from PC’s down to a smart phone you can slip in a pocket.  With Wifi, 3g, and who knows what technology will come next, it is looking like you will be able to be permanently connected to your networks whenever you wish to be.

This does have some advantages for your studies.  If you are connected to your college, tutors or even other students, you can collaborate and seek assistance during your programme.  You might even seek to employ the accumulated knowledge of your friends, family and other contacts in seeking answers to questions as well as ideas and feedback.   Social Media is also great because of the relative immediacy.  There is no need to compose a lengthy e-mail, just throw a question out on your page or twitter feed and see what you get. 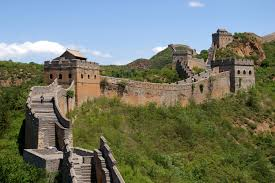 However, chances are that most people on your social media contacts are people you like on some level.  The reality is that most people become friends with or belong to families that largely share the same values and beliefs.  Not all do, of-course, and some individuals boast impressively diverse social networks to draw upon – but it is important to reflect whether your social network is nothing more than a big echo chamber filled with well meaning, but one-sided, perspectives on whatever matter is being discussed.  This might not matter with a mathematical problem where there is clearly one right answer, but for more complex cases, say writing an essay on who was to blame for World War 1, you might not find the diversity of opinion and expertise you need to give your work the depth of opinion and research it needs.

Additionally, despite the well-meaning intentions of your contacts, relying on them too much can actually be detrimental to your studies.  For example, it encourages a reliance on the knowledge and opinions of others rather than doing the actual work and study that a learning programme demands.   You learn the answer, but not the skills and methodology that lead to it. 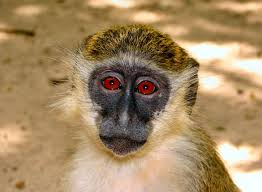 Consider, for example, watching a video on youtube about baking a cake. You might be able to replicate the cake baking by following the instructions and actions witnessed in the video, but you learn nothing about the chemistry, technique or science that make the baked cake possible.  Therefore if you encounter a problem, you won’t necessarily know how to fix it.

Social media indirectly feeds into this human preference for quick, easy answers.  A “Monkey See, Monkey Do, Monkey Doesn’t Bother to Think” sort of mentality.  But this is the very antithesis of what you need to be doing to make a success of your learning – coming to an understandings of the processes and means by which the result is obtained.  Your working is as important as your result.

When All Else Fails:  Cat Gifs.

Quite aside from these less obvious perils is the way that Social media can be an incredibly effective way to waste time.  Playing games, making posts, writing comments and more can be, and is for some people, a full time job.   As a student, you may not have a boss looking over your shoulder to disapprove firmly of the last hour spent looking at humorous pictures of cats, but that’s no less a loss of time.

Internet Addiction remains a recognized illness in an increasing number of countries around the world and the booming industry in helping people to cope with and recover from their net habit certainly isn’t helped by the intrusive nature of social media.   That’s not to say that social media cannot be a powerful tool for your studies, but it must be used wisely and, as a student, you need to know when to go offline and give your focus 100% to your studies.