Taking the Dog for a Walk – Exercise with Dogs. 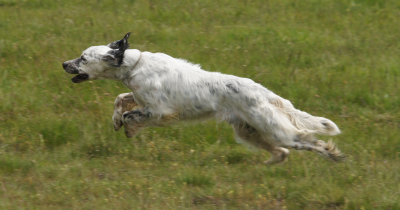 We all know the story of the kids who begged for a puppy or a kitten only to lose interest in the animal once the newness of it wore off leaving it in the hands of a parent who didn’t particularly want it.   Getting a dog simply because one intends to walk is potentially risking the same thing – simply getting your pet does not by itself bring a desire for an overarching lifestyle change once the early excitement of a new pet wears off.

Consider for example that a dog will require exercise every day, and depending on the breed may require more or less.   If you are, for whatever reason unable to take the dog, arrangements must be made for someone else to walk it in your stead.  Simply taking a day off from walking is not really an option.   Without the means to burn off energy your canine friend will become anxious, bored and destructive leading to further problems within the home.  Your dog has the same needs for physical fitness as you do and not fulfilling this is tantamount to cruelty.

That’s why serious thought should be given to choosing a dog if you intend to include one in your exercise plans.   Things to consider include:

Exercise Requirements of the Dog Breed

Dogs come in all shapes and sizes with little pugs tiring much quicker than longer legged hounds like Alsatians and Retrievers.  Therefore if you’re getting a dog with the express intention of exercising with it, you need a dog that can keep up with you.  If you live in a city and intend to do most of your personal training in a gym with the occasional stroll around a park then a smaller breed might be ideal, but if you’re looking to train for marathons you want a dog with endurance and stamina that will be happy to run miles with you.

Alternative Caregivers for the Dog

Depending on your lifestyle it may be necessary from time to time for others to look after your dog if you have to travel away from home for whatever reason.  As such, are the people you know going to be able to give the dog exercise in your absence?   The longer the walks your pet needs the harder it will be to find alternative care givers who can give the time needed to properly exercise it.

Another thing to bear in mind is the general psychology of the dog you take.  Ideally you want an animal that is unlikely to run away if it gets off the leash or act aggressively to people or other dogs. Ironically, it is often the smaller dogs that have problems with aggression and obedience and this is usually due to mistakes their human owners make.

Because of their size dominant or aggressive behaviour in a small dog is usually seen as comparatively cute or non-threatening.  For example, when a Chihuahua growls or jumps up at somebody.

By comparison, such action from a larger dog like a Staffordshire Terrier would be seen as aggressive and dangerous, leading to owners to correct this behaviour in the animal.   The dog is still a dog however and as such by allowing the small dog to continue to behave in an aggressive manner it begins to believe itself to be the pack leader of its human family, with the associated acts of aggression towards outsides as it attempts to protect its pack and maintain its dominance.

Generally problems in a dogs character can be corrected with patience and training, but it may be advisable to seek an animal without an aggressive history.

A Best Friend at Home and Abroad

There’s a lot to be said for involving a dog in your exercise plans.  You’ll have a friend who’s always ready to join you whatever the weather and willing to go as far as you are.   But there’s a lot to take into consideration too beginning with the acceptance that it is your lifestyle that must adapt to fit the dog, not the other way around.

PrevPrevious5 Ways to Lose Weight and Get Fit
NextWhat is Mindfulness?Next