Last year I had the good fortune to visit the Falkland Islands. The islands are a remote South Atlantic archipelago with unspoilt cliff-lined coasts exposed to wild winds, and forlorn rugged heathlands strewn with boulders and the remnants of war. Their hundreds of islands and islets are home to sheep farms, and diverse shores with abundant birdlife. It was quite inspiring to be in such open and free terrain and it quite re- ignited my curiosity as an ecologist.

The vast majority of the two- thousand or so population are cosseted in small tin huts in the capital, Stanley. A small minority live in what they call ‘camp’ from the Spanish for field. So the population density is something like you would see in Iceland. Stanley is quaint and lazy, with vibrantly painted roofs, small vegetable cultivation in polytunnels, and an array of scuttled shipwrecks lying in the natural harbour which is Port Stanley. From where we were camped, Stanley was an hour away over unforgiving roads.

Some of the farmsteads have meat hooks outside the main building, which look a bit grizzly. But with so many sheep around it makes sense not to cull and freeze them (costing energy when you are off grid). Hungry? Just nip outside for a fresh one! No wonder there are no burger bars in Falkland. Who would bother to travel all the way to Stanley for an imitation- burger when you can have the pure grass fed home grown version.

Given that I visited the Falklands during the UK winter (Antarctic summer), the sun was fierce, in the thin ozone of the South Pole. And the weather fronts are capricious and quite short- lived. In this climate nature ekes out a precarious existence. There are no trees in the Falklands (too windy & exposed) so wooden structures are virtually absent apart from the occasional piece of reclaimed wood from a shipwreck, or deliberately imported timber. Stanley has the occasional introduced tree, but plantations are out of the question, even in hollows or mountainsides.

During our stay, we drove down to a desolate peninsular called Cape Dolphin for a few days of wild camping, which was an epic trek over endless pot holes and scree- ridden slopes to be rewarded by a bog- swamp off road experience to rival an African safari expedition. There we saw sea lions in an impressive breeding colony, and a host of Patagonian coastal heath species which I photographed avidly until I ran out of battery power. 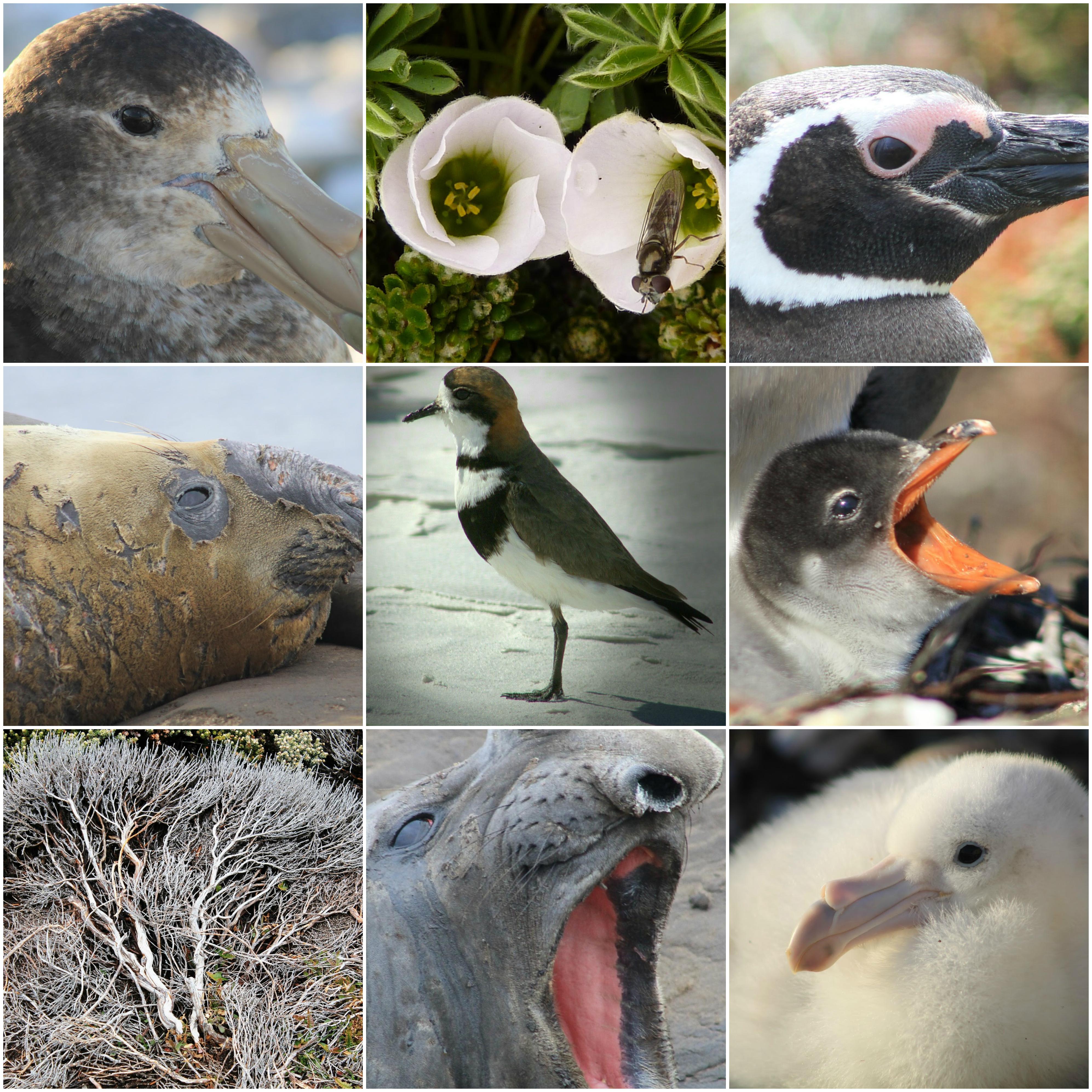 On several occasions, I also got to swim with wild Commerson’s dolphins, who seemed only too keen to swim up into the shallow sandy coves with crystal clear water. I also came eye to eye with broody Gentoo penguins and their chicks. The whole experience far exceeded my hopes and imagination.

The delicate ecology and wildlife of the Falkland Islands illustrates very well the impact of human activity on the environment, with many species having come under threat owing to poor management of the ecological resource over generations. Now the tide is turning, with efforts being made to preserve and protect vulnerable wildlife. If you are interested in working with nature conservation, ADL have courses in Conservation & Environmental Management and Ecology to help you achieve this.