The History of our Christmas Dinner 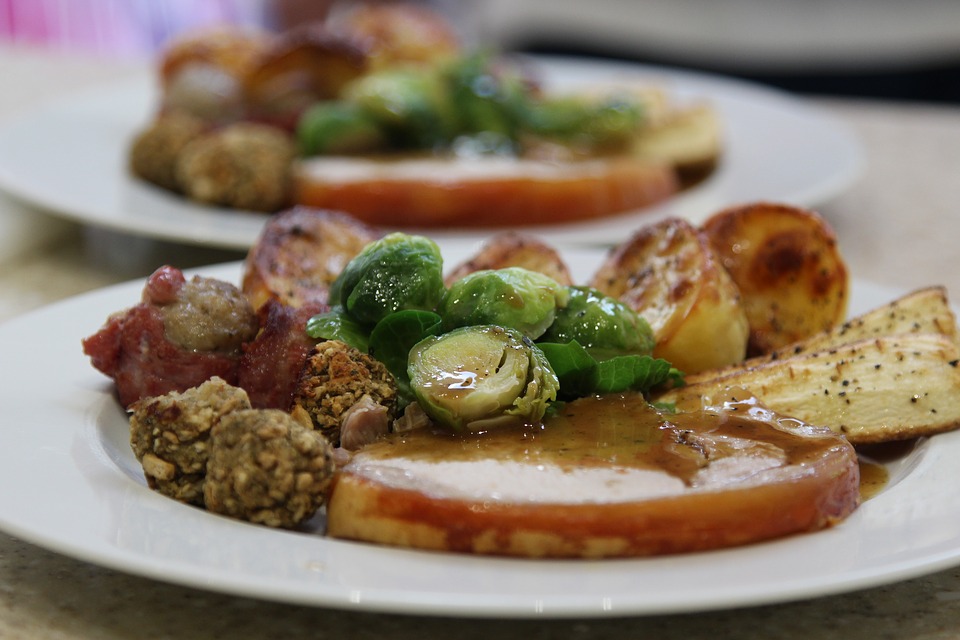 Christmas dinner is a meal that many British families enjoy over the festivities. While it's hard to imagine a time when the traditional Turkey, Sprouts and Roasties did not grace our plates, the Christmas Dinner as we know developed over time and with many different factors affecting it.

Fruity, sweet and spicy pies of Christmas, the Mince Pie is a classic sweet treat that many people enjoy. Its origins can be traced to the Crusades when soldiers returned with meats mixed with spice and fruits. These were turned into pies that were eaten during the Christmas period, known as Shried Pies at the time. These pies became associated with Catholics and idolatry during the Puritan era, but they continued to be enjoyed throughout. During the Victorian era, when households would prepare the fruit and spice mix in advance, the addition of shredded meat before the pies were cooked became less and less prevalent and the mince pie as we know it was born!

Turkey was not a traditional Christmas meat until the dawn of the 20th Century. However, it did start appearing on dinner tables from the 16th Century onwards. Dickens wrote about turkey in his Christmas Carol, but this was reserved for wealthy people who could afford it. For everyone else, goose was the bird of choice.

Also known as Plum Pudding, the rich, alcoholic desert, has as a rich a history. There was an unofficial tradition in the Anglican calendar of 'stir up Sunday', the Sunday before the first Advent was the day families would gather around the kitchen and begin to prepare their Christmas Pudding and let it mature in the weeks following. It was lauded as a great desert for Christmas because it was a steamed or boiled desert that did not require an oven (then rare and expensive to run) to prepare.

This creamy, thick, savoury sauce can trace its roots back to the Medieval era when sauces were thickened with stale bread. It's been traditionally used to accompany poultry dishes for centuries. As its made of readily available ingredients, and uses up left-over bread, it has remained a staple on our Christmas dinner tables.

As with many of our vegetables, Brussel Sprouts were originally cultivated by the Ancient Romans. There are records that from the 13th Century, Brussels in the Netherlands grew these delicious green, mini-cabbages. From there, it spread to the rest of Northern Europe.

Originally from Peru, potatoes were not grown large-scale for consumption until the 19th Century, when it allowed masses of people to be fed cheaply. However, roast potatoes were not prevalent until during the Regency period when ovens became more readily available and they were roasted along with various meats.