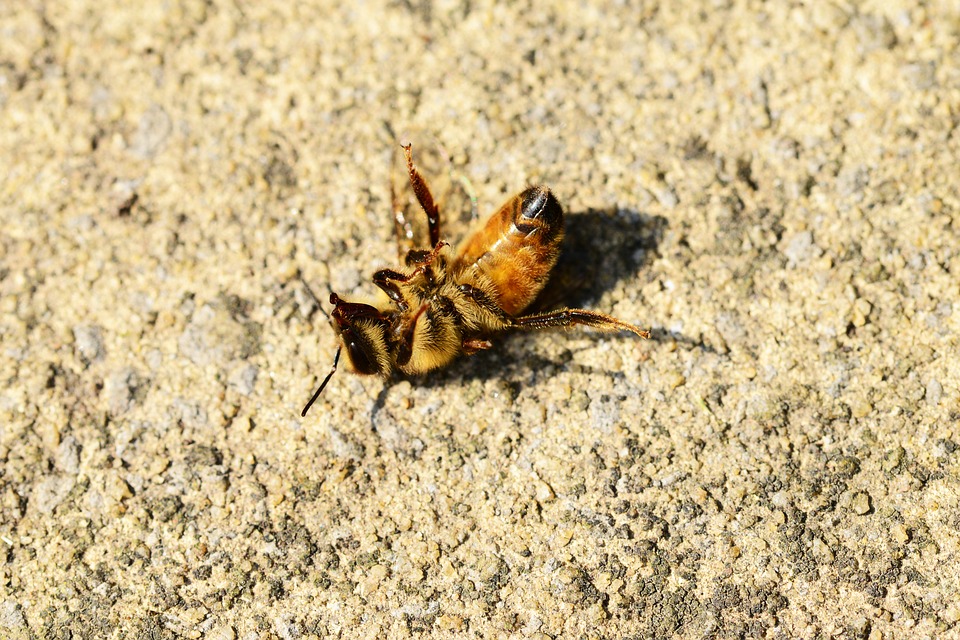 In the middle of the twentieth century the public view of pesticides was very positive (Mart, 2015, pp. 11–30). These chemicals were seen as holding the potential to cure world hunger and make agriculture more profitable. Efficient insecticides in particular were seen offering a revolution in agricultural practice, and could also be used to help eradicate mosquitoes, which carried diseases that killed millions of people each year. However, over the course of the last century, the use of pesticides led to environmental disasters and threats to human health. In my first post in this series, I looked at the pesticides currently in use, and the controversies surrounding them. In this post I want to go on to look in more detail at the most controversial pesticides which have been widely banned over the last century. These are each insecticides and they include DDT, the organophosphates, the drins, and the neonics.

The most famous pesticide to have been banned in the twentieth century is DDT. DDT is an insecticide which was first commercialised during the Second World War (Kinkela, 2011, pp. 4, 16–21). Although initially developed for agriculture, in the war, it was used to exterminate disease-carrying pests like lice and mosquitoes, and after the war it was used to eliminate mosquitoes across much of Europe. Recently its use has been revived since it seems to be the most effective pesticide for repelling and killing mosquitoes, but is now licensed only for domestic use rather than on agricultural crops (World Health Organisation, 2011). It was banned for commercial use in Britain in 1986, and worldwide in 2001. Before it was banned it was the most commonly-used pesticide in the world and it helped revolutionise our farming methods and set the standard for intensive farming (Mart, 2015, pp. 11–30). DDT was banned because it is persistent in the environment and does not naturally break down (Krieger et al., 2010, p. 486). That means that it could become concentrated higher up in the food chain. For example, if cows were consistently fed fodder sprayed with DDT, the amount of DDT in their bodies could quickly intensify. DDT is stored in fat cells, and thus would be transmitted to humans especially through dairy (milk, cream, cheese). The significance of this was slow to become apparent, because DDT is not harmful to vertebrates at low concentrations. However, at higher doses it became toxic to humans and wildlife. (Krieger et al., 2010, pp. 1993–5). In Britain, birds of prey like the sparrowhawk, hobby, merlin and peregrine falcon which specialised on hunting smaller insectivore birds, could end up with high concentrations of DDT in their bodies. This in turn led to problems with hormone production and egg-laying; poisoned birds produced eggs with weaker shells, which meant that the successful hatching rate of eggs declined significantly (Yalden and Albarella, 2009, p. 198; Krieger et al., 2010, p. 407). Since DDT has been banned for commercial use, the number of birds of prey has significantly increased.

Another group of chemicals was banned around the same time. The drins were a group of hydrocarbon insecticides commercialised by the oil company Shell in the 1950s (Van Zanden et al., 2007, pp. 350–1); chemicals like Aldrin, Dieldrin, Endrin, Phosdrin and Bisdren. They were very efficient at killing all kinds of invertebrates including mosquitoes and pests on crops (from flies to caterpillars). Their popularity ended some time after the publication of Silent Spring by Rachel Carson which described Dieldrin as 40x more toxic than DDT and Endrin 300x more toxic than DDT in birds (Carson, 1962, pp. 26–7). Because they were persistent chemicals which did not break down, they also caused diseases in humans after long-term exposure (Krieger et al., 2010, p. 1305). The publication of Silent Spring led to the growth of a new environmental movement, and the chemicals were eventually banned in the EU in 1991 and across most of the rest of the world before this. After the drins were banned, Shell disposed of old product by pumping it into trenches and pits around the Rocky Mountain Arsenal (Van Zanden et al., 2007, p. 438). It contaminated the ground water, devastated the surrounding landscape and led to a decade of legal battles about who should clean it up (Wiley and Rhodes, 1998).

After the bans, DDT was replaced by a group of insecticides called the organophosphates. These chemicals were not persistent and naturally broke down in the environment, and therefore there was less risk of the chemical concentrating higher up the food chain over years. However, these chemicals can still be very dangerous to humans and wildlife because they were non-selective (Matthews, 2016, pp. 6–7). Some organophosphates like Sarin and VX were actually used in the Second World War as nerve gases (Krieger et al., 2010, pp. 1544–8). Organophosphates disrupt neurotransmitters in the brain and poisoning can also cause a considerable range of respiratory, cardiovascular, urinary, gastrointestinal, glandular and motor-sensory symptoms. These problems are especially severe in children. The organophosphates have mostly never been approved in Britain (Matthews, 2016, p. 7), but are still used elsewhere in the world, usually with tight restrictions on use (Davis, 2014, pp. 210–11). They are gradually being replaced by other insecticides like the pyrethrins and pyrethroids.

The most recent group of pesticides to be widely banned is the neonicotinoids or neonics. These were developed in the 1980s, initially by Shell and Bayer, to replace the drins (Davis, 2014, p. 221). They were called the neo-nicotinoids because they were based on nicotine, and they had the advantage of being selective; these chemicals are much more toxic to insects than they are to vertebrates like fish, birds and mammals (Krieger et al., 2010, pp. 2062–3). The most studied and popular neonic at present is imidacloprid, with acetamiprid, clothianidin, thiacloprid and thiamethoxam some way afterward. They are often applied to seeds and continue to protect the growing plants for weeks after they germinate (Matthews, 2016, p. 85). The trouble with these chemicals is that although they are less dangerous to humans, they are very harmful to pollinators, and have been implicated in Colony Collapse Disorder, which is a problem with leads honeybees to abandon the hive. They are still widely used in America but in the EU the neonics were restricted in 2013, and this year (2018) the EU has voted to ban most of the chemicals from use with the exception of acetamiprid (EEC 2018/783; L132/31, 30.5.2018).

The history of these banned pesticides started with a misguided search for an ultimate chemical weapon, which could be used to kill any pest species on crops. Over the last century, we have found several such weapons, but all of them have ended up causing unintended harm. DDT and the drins were residual and became concentrated higher up the food chain and did serious damage to wildlife as well as human health, demonstrating a need for a chemical that would break down more quickly. Use of the non-residual organophosphates led to serious human health problems, demonstrating the need for a more selective chemical. Even the far-more-selective neonic pesticides led to problems, necessitating a new way of thinking. The lessons we’ve learned have informed today’s emphasis on the creation of individual Integrated Pest Management (IPM) plans for crops which are specific to each species and situation. These plans minimise the use of chemicals and emphasise prevention over treatment wherever possible.

World Health Organisation (2011) The use of DDT in malaria vector control: WHO position statement. Geneva.

PrevPreviousSo You Want to be a Gardener?
NextHow to have a Stress Free ChristmasNext