The History of Pesticides: Part III, Sulphur, Copper and Arsenic 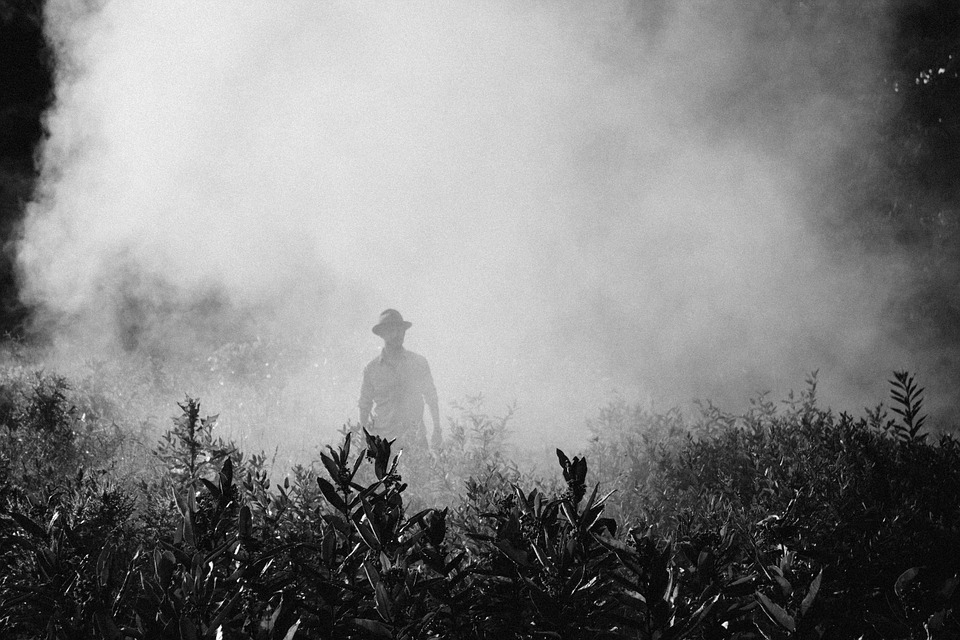 In previous posts, I told the story of today’s controversial pesticides, and then went back to describe the pesticides famously banned since World War II like DDT, dieldrin, the organophosphates and the neonics. In this post, I’m going to explain how the first modern European pesticides were discovered, marketed and produced on an industrial scale. This is the story of sulphur, copper and (chillingly) arsenic.

Of the three significant chemicals sulphur (American English ‘sulfur’) was perhaps the first to be recognised and used regularly (Zadoks, 2013; Frank and Conover, 2015). It was, arguably, the first reliable pesticide of Europe. It was useful because it was broad-spectrum, widely-recognised, and available as ‘brimstone’. In Ancient Greece, it was recognised that spreading sulphur on wheat would prevent wheat smut (Carefoot and Sprott, 1967, p. 35). The only trouble was that it needed to be covered by hand, which incurred a high labour cost. This meant it was more often used as a corrective to save crops which had already been infected. This continued to be the case for centuries afterwards. In the early modern gardening handbooks, for example, it was recommended for use as pest control on many species from moles to insects (Barker, 1654, pp. 30–1; Meager, 1683, p. 15). Since the industrial period, however, sulphur became used as a specialised fungicide. For example, In the nineteenth century, one of the biggest threats to agriculture was powdery mildew, which was brought over from America and spread across Europe. Sulphur was the first fungicide to be used against this epidemic in the 1840s, and it was successful in greenhouses, but simply could not be extended for use across vineyards at an industrial level (Carefoot and Sprott, 1967, pp. 91–3). Powdery mildew was eventually controlled by grafting onto American rootstocks which were already immune to the fungus.

Perhaps the first chemical to be mixed according to a set formula was copper. Copper was occasionally used in the early modern period to treat seeds (Rusjan, 2012, pp. 263–4), but its use was only formalised and popularised in the nineteenth century. First, in 1807 Prévost of Paris invented the first widely used pesticide for seed preparation. He discovered that steeping seed in water in a copper bowl before planting acted as a preventative fungicide against bunt, and copper salt was widely used for this purpose in the second half of the nineteenth century (Carefoot and Sprott, 1967, pp. 55–6). Its use on fully-grown crops was standardised later on in the nineteenth century. In 1880, Pierre-Marie Alexis Millardet, who was living in Bordeaux at the time, noticed that particular local grapes never got powdery mildew (Carefoot and Sprott, 1967, pp. 81–6; Rusjan, 2012, pp. 263–4). These were the grapes growing in vineyards alongside pathways. They had been treated with a mixture of ‘bluestone’ (copper sulphate) and slaked lime to put off passers-by from eating the crop before they could be harvested. This was formalised as ‘The Bordeaux Mixture’ in 1885 and was adopted as a fungicide across the world. A variation of this mixture called ‘The Burgundy Mixture’, was created soon afterwards, which substituted soda ash for when lime was not available.

The third chemical to be formalised, and the only one of our three to be abandoned, was arsenic. Like the others, arsenic was occasionally used in the medieval period. Authors recommended ‘sandarac’ to deter species like snakes and scorpions (Zadoks, 2013). However, sandarac could also refer to other chemicals like lead oxide and the resin of the coniferous tree Tetraclinis articulata, so the recipes were probably not consistent. The first systematic use of arsenic as a pesticide was in the mid-nineteenth century (Frankenberger, 2001, p. 12). Unlike the others, it was an insecticide rather than a fungicide. A farmer found a potato field had been infested with bugs. They had some Paris Green paint handy (a dangerously explosive mixture of arsenic and copper (Whorton, 2010, chap. 7)) and applied it to the patch. A few hours later all the bugs were dead, and a new use had been found for Paris Green. Paris Green was marketed widely as a pesticide by 1867, although from the beginning it was a controversial pesticide. Over the next few decades, many arsenic-based pesticides were trialled. London Purple was used from 1872, which was cheaper than Paris Green and easier to apply. Lead arsenate was used from 1892, which had the advantage of being harmless to plants, and calcium arsenate was adopted for copper crops in the United States in 1906. By 1944, 40 million kg of lead arsenate and around 23 million kg of calcium arsenate was used each year in the United States (Frankenberger, 2001, pp. 12–15). Alongside smelting ore and gold mining, the use of arsenic as an insecticide led to severe environmental contamination. This grew to be a point of contention in exports, with the UK, for example, sometimes refusing produce which had been treated with arsenic (Whorton, 2010, pp. 319–20). People became increasingly concerned about arsenic through the early twentieth century, and arsenic was eventually replaced with DDT during the Second World War, as I discussed in the second part of this series.

Sulphur, copper and arsenic were arguably the three pesticides which established the place of chemicals in modern agriculture. They were the first chemical pesticides to be manufactured on an advanced industrial level, and their use accomplished great things. The purpose of the Bordeaux Mixture and sulphur were the first widely-effective remedies for starvation-causing fungicides like mildew, potato blight and smut. Copper and sulphur continue to be used in agriculture to this day and are used mainly in organic settings. Unfortunately, early chemicals also show the darker side of the history of pesticides. Arsenic, in particular, was a major health risk and also caused severe environmental contamination. Ultimately the failure to learn the lesson of arsenic, and the demand for an equally-strong, broad-spectrum insecticide to replace arsenic, seems to have led to some of the more problematic chemicals used since.

Barker, T. (1654) The country-mans recreation, or The art of planting, grafting, and gardening, in three books. London: T. Mabb, for William Shears.