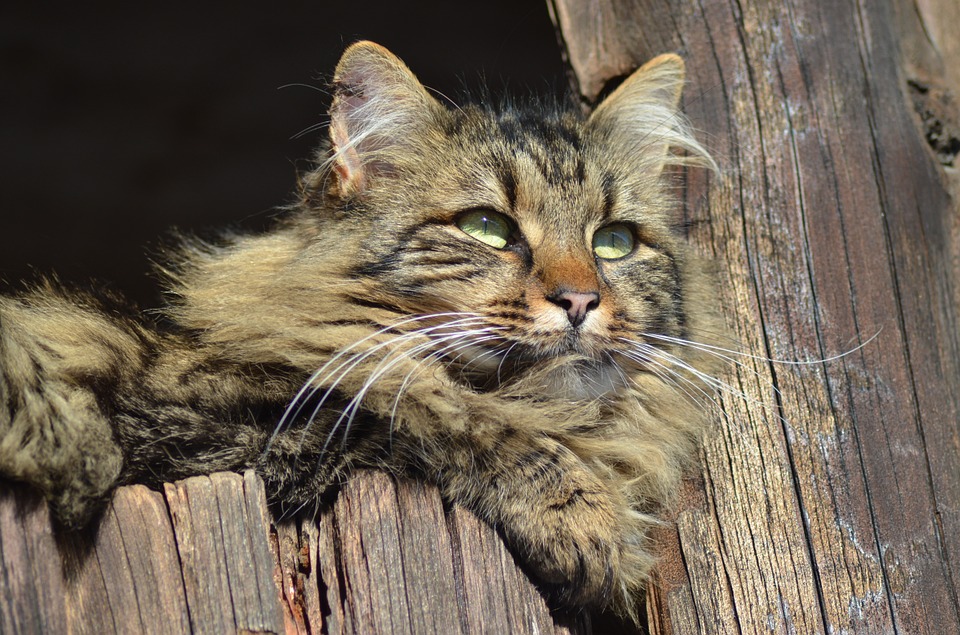 So far in this series, we have looked at the pesticides used today, the pesticides banned since World War II, and the first industrial chemical pesticides. In this final post, I want to tell a less well-known story: how pest control functioned before the modern period, especially in medieval and early modern Europe. Chemical pesticides were one of the least relevant aspects of pest control in this period, so this post will also describe physical, cultural and biological pest control. Although the pest control methods used in this period were unreliable and unscientific by today’s standards, they still have some engaging lessons to teach us about our modern use of pesticides.

In the pre-industrial period, pest-control was generally an ad-hoc affair (Zadoks, 2013). Gardeners and farmers lacked the scientific knowledge to understand what viruses and fungal diseases were and how they spread. Larger pests like birds, moles, mice and bugs could be seen, but a minimal attempt was made to identify these pests to species level or learn their life-cycles. This meant that pest-control was generally broad-spectrum and unreliable. However, through trial and error, some surprisingly successful remedies were developed. The best evidence of these is preserved in the first printed English gardening manuals of the seventeenth century, and I will be giving examples from these throughout this post.

Although ad-hoc, the remedies used were holistic in that they often incorporated physical, cultural, chemical (both vegetable and mineral-based (Zadoks, 2013, chap. 6)) and biological methods. For example, a central concern of pre-industrial gardeners was to prevent ‘worms’, by which they meant all kinds of pest grubs and larvae. Some of these methods have been preserved by their inclusion in the first printed gardening handbooks from Britain. Maeger (1683, p. 65) recommended physical removal, and also the use of water which had been used to boil tobacco leaves; this would presumably work similarly to the twentieth-century neonicotinoids. Blake (1664, p. 24) recommended cultural control and advised that plants grown in containers were less vulnerable to attack. Finally, Barker (1654, pp. 26–8) suggested that companion planting vegetable gardens with ‘fitch’ (Nigella sativa?) might be useful.

Physical control seems to have been one of the main methods used and must have been more relevant in cottage gardens where the number of plants was small, and the labour was carried out by the family for free. One anonymous author (1654, p. 22) describes how to look for butterfly eggs over winter to prevent attacks by caterpillars in the spring. This solution was most effective at combatting the most abundant pests. For example, even the famous ornithologists Willughby & Ray (Ray, 1678, p. 75 (I.1.8.5)) describe how red kites need to be warned off with stones to prevent them taking young poultry birds. In Britain, the Grain Acts (1532, 1566) led to bounties being payable for most common wild farm birds and mammals, which led to the increasing persecution of wildlife, especially in the eighteenth and nineteenth centuries. It was the main reason for the local extinction of British species like the pine marten, wildcat, osprey, hen harrier and red kite, among others (Lovegrove, 2007). In America, a similar system of bounty payments helped contribute to the extinction of the passenger pigeon (Frank and Conover, 2015).

Biological control seems to have been especially respected for use in controlling small mammals. This was important from very early times. The domestication of the cat may have begun as a mutualistic relationship when cats exploited rodent populations found around human settlements (Budiansky, 1992, p. 16). Pest control by cats has continued to be relevant for most of history since then. In the seventeenth century, Barker (1654, p. 31) recommended that one of the best ways to control moles was by the use of cats or ferrets. Of course, it was not just domesticated species that provided pest control either. I previously described how farmers in pre-industrial Europe often left owl holes in their storage outhouses to allow barn owls to control rodents. Sometimes this control was very insightful. In Paris, the link between incidence rate of wheat stem rust and the local presence of barberry shrubs (Berberis sp. now a known vector) was noticed around 1660, and a national law mandated the removal of barberry from agricultural farmland (Carefoot and Sprott, 1967, pp. 49–50). Companion planting was also widely used. For example, Barker (1654, p. 26) recommended four different species, growing radish with wild cabbage (called ‘colewort’, or ‘wurt’), and also including mint, fitch and rocket in the vegetable garden. This kind of companion planting even more standardised outside of Europe, most famously under the three sisters crop system of inter-planting winter squash, maize and beans together for protection & mutual support, which was established across much of North America before colonisation (Zhang et al., 2014).

A range of ‘biotic pesticides’ (derived from plants) and abiotic pesticides (derived from minerals) was used in the pre-industrial period (Zadoks, 2013, pp. 158-164; 167-186). As well as the companion planting mentioned above, medieval Europeans also used garlic, wormwood, wild gourd, oregano and ‘amurca’ (a waste product from pressing olives) to deter pests. Among the abiotics, I discussed sulphur, copper and arsenic in the last post. Alongside these, other minerals were used like alum, gypsum (used to preserve products without fungus), lead and tar (used as an all-purpose pesticide). Although fungal diseases were not understood, their symptoms were sometimes known and treated with physical and chemical control methods. Our anonymous seventeenth-century gardener describes a process of pest control which has some points that will be familiar to modern orchard managers:

When the Canker commeth in any tree, he becommeth barren and dry, for it mounteth from the stumps into the top, and when it taketh a peare or apple tree, the bark will be black and barren thereabouts, which must be cut off with a knife, to the fresh wood, and then the place must be anointed with Oxe dung, and tied with barke, so that neither wind nor rain may hurt it. (Anonymous, 1654, p. 20)

In medieval and early modern Europe, the pest control systems in use were not formalised and were undoubtedly not scientifically tested. In the years before microscopes became mainstream, the contemporary knowledge of plant pathology was almost non-existent, and this severely limited the ability to carry out effective pest control on viruses and fungi. It is also only fair to point out that pest control for agriculture had a profound impact on wildlife, even in the pre-industrial period. The bounty laws which put a price on the heads of several common agricultural birds led to the local extinction of several species over the centuries. However, for the most part, the pre-industrial remedies which had developed by the time the first English gardening manuals were produced had the advantage of being proven by centuries of experience. They were more usually sustainable and also cheap to produce. Some of the methods used in the seventeenth century have been revived in the twenty-first. For example, the first English gardening manuals refer to companion planting, which we now know increases yields and provides extra protection to plants. Additionally, the use of physical and biological controls alongside chemical ones was exceptionally well-developed, and simple tasks like making agricultural barns accessible to barn owls and searching for butterfly eggs before they hatch would not be out of place in a modern Integrated Pest Management (IPM) plan.

Barker, T. (1654) The country-mans recreation, or The art of planting, graffing, and gardening, in three books. London: T. Mabb, for William Shears.

Budiansky, S. (1992) The covenant of the wild: why animals chose domestication: with a new preface. London: Yale University Press.