The importance of pollination for top crop and fruit breeders

Note – we strongly recommend this be read in conjunction with articles titled 'F1 Hybrids and Other Hybrid Matters'  and 'Self and Cross Pollination' . 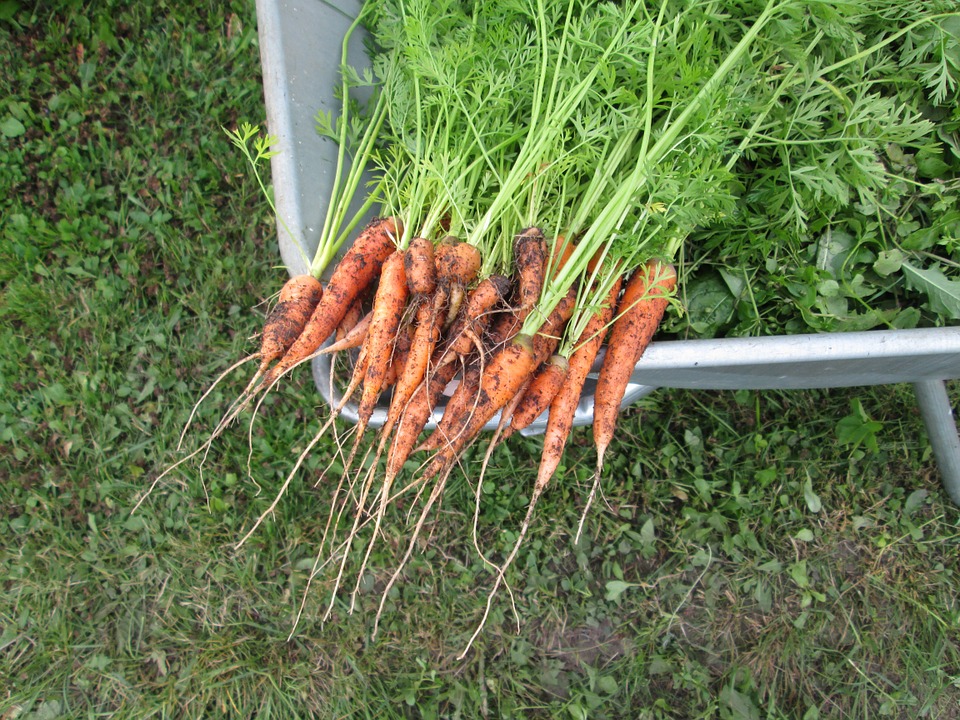 For top fruit growers and growers of many vegetables, growing the right variety is important because of flowering and pollination times. As well as this, there are several other factors which need to be considered.

Once pure bred parent lines (inbred parent lines) have been established ( see previous articles) by continuous self pollination, further self pollination is prevented and cross pollination is now controlled. One line is designated as male supplier (gynoecium removed), the other the female gamete provider (androecium removed). The seed is only collected from the female line and the growing area isolated to prevent foreign pollen so the seed produced is expensive compared to ordinary seed.

Seed produced from F1 plants is F2 and will display various characteristics as seen before. It is unlikely most growers will save seed form F1s, though in some cases, F2 plants are grown to add diversity.

Self and cross pollinating crops 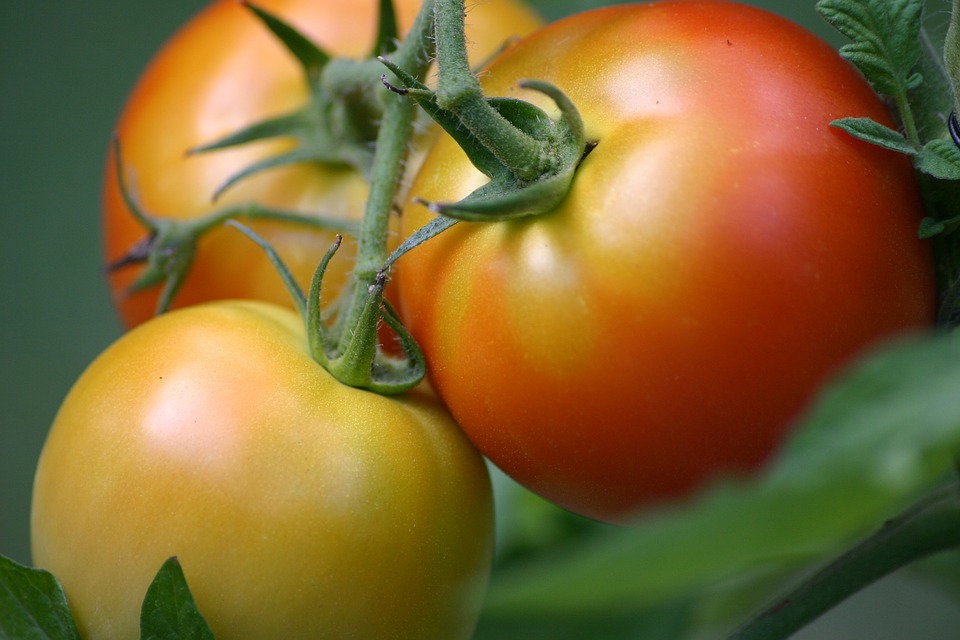 Crops which produce a fruit (tomatoes, beans) require pollination to develop the fruit. Some vegetables, like tomatoes and peas, have male and female parts in the same flower. Wind or insects transfer the pollen to the stigma and this leads to fertilisation. Pumpkin, squash, cucumbers and marrows have male and female flowers on the same plant so insects are needed to pollinate these as they carry the pollen from the male flowers to the female.

Other vegetable crops have different pollination mechanisms and it is important to understand these. Zea mays (sweetcorn) is wind pollinated so they are planted in blocks to ensure pollen gets taken from the male parts to the female parts.

Pollination will be reduced if there are late frosts as these can damage the flowers. Poor weather can also mean fewer insects are flying so less pollination occurs. Insects must have access to the crop so lifting nets outside or opening doors to protected structures may be necessary. In greenhouses, aridity can cause unsuccessful pollination so keep the area misted and damp down floor areas if necessary.

Some fruit and vegetables are harder to pollinate so hand pollination is an option. Kiwi, aubergine and some chilli varieties are good examples of this.

Fruit trees require another variety in the same pollination group for successful pollination to take place as this means they will be in flower at the same time. To explain this further:

Top fruit (apples, pears etc) come in a wide range of varieties, some of which flower early, others later and others later still. Many of them are not self-fertile so they require another plant of the same species nearby so they can cross pollinate to produce fruit. Because of the long and varied flowering times, top fruit are grouped into pollination groups, 1 2 3 and 4. If a top fruit is not self fertile, they need another plant of the same group, or of the next or previous one if flowering times overlap, to be flowering close enough for the vector to transport the pollen from one plant to another. One way around this is to grow what are termed 'family' trees and this is possible with some apple and pear varieties. Two or more variety scions from the same pollination group are grafted on to the same root stock. This provides close proximity flowering of two plants form the same pollination group grafted onto the same rootstock.

Several varieties of top fruit are triploid e.g. Bramley's seedling apple, Crispin and these require pollinator cultivars for the supply of viable pollen.

No apples are reliably self fertile. Diploids need a second diploid, triploids, which will not cultivate other varieties, are unusual in that they need two compatible varieties grown in close proximity to pollinate them.

Quite why polyploidy occurs spontaneously is not known, but it does in nature and can result in new variants in natural populations. It can also be induced using hormones.

For the top fruit grower and vegetable grower it is vital to know which varieties will cross pollinate others and to grow the correct ones in proximity.

If a crop is wind pollinated the position must be chosen to enable air flow and if insect pollinated, conditions must be right for insect to fly e.g. not too windy or cold, sheltered if outdoors and with easy access e.g. no dense hedges right by flowering vegetables. 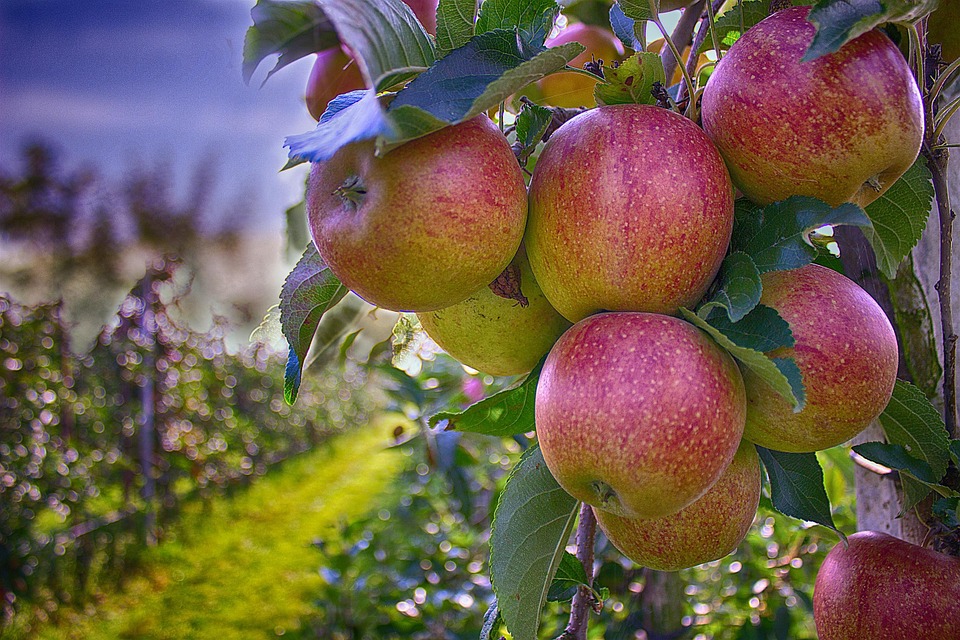 To add to the complexity of pollination success in top fruit, the trees' genetics are not always simple. Top fruit, in particular apples, sometimes have what is called polyploidy. Polyploids are plants with cells containing more that the diploid number of chromosomes e.g. a triploid has 3 times the haploid number, a tetraploid four and so on. Many varieties of chrysanthemum, strawberries, grasses and turnips are polyploid. Polyploid plants may be infertile, particularly triploids because the genetic information, unless paired with another triploid, cannot match up and pair during meiosis (as an odd number). Many times, polyploidy does not result in harm for the plant because, whilst there is spare DNA if you like and unpaired genetic material, unless it mutates or causes a problem, it may just become redundant over time. But in some cases, the variety requires specific pollinators to produce viable seed or fruit.

Note – apples have such diverse genetics that they rarely grow true from seed and are used mainly as fruit bearing trees so pollination is vitally important as they are an economically important crop.