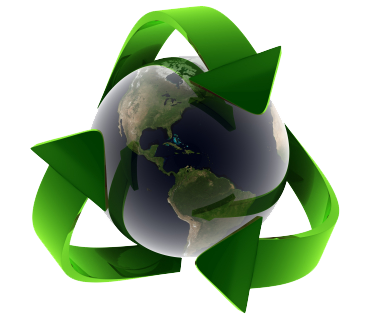 Waste management is the precise name for the collection, transportation, disposal or recycling and monitoring of waste. This term is assigned to the waste material that is produced through human activity. This material is managed to avoid its adverse effect over human health and environment.

Wikipedia describes Waste management is a set of activities that include the following:

The term usually relates to all kinds of waste, whether generated during the extraction of raw materials, the processing of raw materials into intermediate and final products, the consumption of final products, or other human activities, including municipal (residential, institutional, commercial), agricultural, and special (health care, household hazardous wastes, sewage sludge). Waste management is intended to reduce the effect of waste on health, the environment or aesthetics.

Issues relating to waste management include:

The future of waste management on an overcrowded planet

Even the best waste management system in the world has shown that it cannot withstand the test of a global financial downturn; and with the global population, GDP per capita – and therefore the amount of waste – increasing globally, we must become aware of the consequences and do something about it.

Today waste management is a hot topic, political issue, even a business revenue source – waste management efficiencies can and do impact the bottom line of a business operation, as much as they effect the health and welfare of a community.  Although in our complex and unpredictable world ‘prediction is very difficult, especially about the future’ (Niels Bohr), there are certain trends and facts that more or less create the ‘bigger picture’ in which the waste management industry will evolve. Interestingly, discussion of these trends has not up till now directly linked them with waste management –

Amounts of waste are largely determined by two factors: first, the population in any given area, and second, its consumption patterns – which are controlled by the evolution of Gross Domestic Product per Capita (GDP/c).

According to the UN, between now and 2025, the world population will increase by 20% to reach 8 billion inhabitants (from 6.5 today). Moreover, by 2050, the total population will be around 9.5 billion, unless specific control measures are broadly adopted. If this becomes a reality then a population of 8-8.5 billion in 2050 may be considered a successful stabilization of numbers.

It is important to note that 97% of this growth will happen in Asia and Africa, which includes some of the poorest countries that have the least capability to absorb it. After 2025 it is expected that Asia will hold more than two thirds of the world’s population. This growth also will boost urbanization of the population (urban population is expected to be around 65% of the total one after 2040), and the creation of extended zones of poverty around and inside megacities. The number of inhabitants of slums will be double around 2025 and will reach 1.5 billion.

Speaking again globally, remarkable changes to waste composition are coming. The first will be due to changing food culture and habits in developing countries. As GDP/c goes up, it is expected that by 2050 the demand for agricultural goods will rise by 70% and the demand for meat will double. Besides the serious issues related to food production and sustainability, those changes will change the waste composition in a large part of the world. The organic fraction will be more dominant in MSW, more agricultural and meat waste will create new problems that have to be faced. And of course, such a change in waste composition makes the greenhouse gas challenge for waste management more difficult than it is already. It has been estimated that urban food waste is going to increase by 44% globally between 2005 and 2025. During the same period, and because of its expected economic development, Asia is predicted to experience the largest increase in food waste production, from 278 million to 416 million tons (252 million to 377 million tonnes). If present waste management trends are maintained, landfilled food waste is predicted to increase world CH4 emissions from 34 million to 48 million tons (31 million to 43 million tonnes) and the landfill share of global anthropogenic emissions from 8% to 10%.

The second serious change will be due to the production, consumption and inclusion in waste streams of more and more complex products. Personalized medicine, new computers and gadgets, networked homes and full home management systems, fully customized consumer products, personal security and personal energy products are coming or are already here. Some points of special interest are:

The plethora of new products will be rapidly expanded, consumed and finally transformed to new waste streams. So clearly time is a factor here. First, new products are launched, consumed and transformed into new kinds of waste before an effective waste management solution is established for them. Most of the time, problems with managing new kinds of waste emerge after the product has been consumed. Second, the time taken to establish a new separate waste stream network, or a new technical solution for the new waste stream, generally is by far longer than the lag-time between production of a new product and its transformation to waste.

Should you wish to know more, have a read of this excellent article here by Antonis Mavropoulos. Read his blog here;  mavropoulos.blogspot.com

"Our world will be overpopulated and more and more interconnected. The defining challenge of the 21st Century will be that humanity shares a common fate. That fate is already demanding new forms of global cooperation. The paradox of a unified global economy and divided national societies poses the single greatest threat for our planet. And although there are appropriate waste management solutions, the main problem is the global framework that should put them in place where they are most needed. Let’s try to create it."

Twelve Ways to Cheer Up … Now

Are you feeling low? You’re not alone in feeling sad. The Covid-19 pandemic has brought sadness, mourning, fear and anxiety to many people. Public health actions, necessary as they are – such as social distancing – can make people feel isolated and lonely and can increase low moods. Sad feelings, left unchecked, may descend into