When are Emotional Appeals Legitimate

In our Critical Thinking module here at the Academy for Distance Learning, we teach that the only legitimate argument is the appeal to logos (logic and reason). According to the standard view, appeals to pathos (emotions) and appeals to ethos (trust) are both illegitimate attempts to manipulate people.

This idea is based on centuries of tradition in critical thinking, but it’s not what Aristotle, the founder of modern critical thinking originally said in his book, Rhetoric, 2,500 years ago. Aristotle’s book is much more practical than that, and confines itself to describing how people can convince each other of ideas, rather than whether people should convince each other or not. Our modern ideas were influenced by philosophers in the Enlightenment, when human rationality was especially venerated. 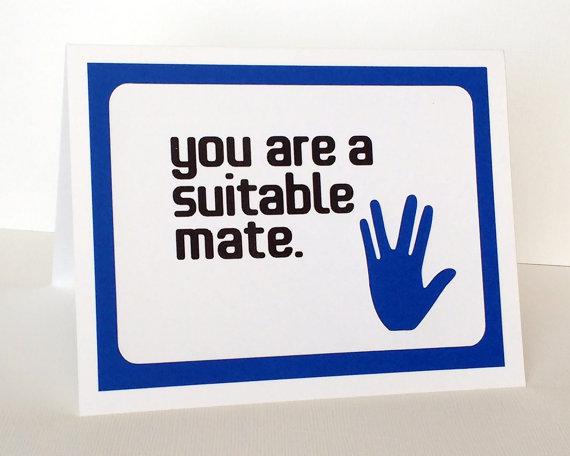 However, I can think of at least three occasions when an emotional appeal might be legitimate.

I am writing this in Valentine’s season, when the shops are filled with gifts and the parks with couples. In my culture, we don’t decide on partners based on logic, just like we don’t usually decide what to eat based on what is the most nutritious option available. The picture of the card I’ve given in the article is one from Etsy which mocks the idea of making rational decisions in love. In daily life, we don’t always need to confine ourselves purely to logos.

Critical thinking has its limits, and it seems insufficient when we are dealing with atrocities and tragedies. These events need an emotional response because they are inherently such emotional occasions. That is not to say that we should make big decisions (e.g. going to war after a terrorist attack) based on emotional appeals, but our emotion needs to be reflected in our response.

One of the most sinister ways critical thinking is used today, is to close-down communications from those who have been abused or suffered trauma. Accounts by victims are often emotional and might be aggressive or anxious. However, these are the people directly involved in abuse and oppression, and we should include their perspectives in decisions. Ignoring them because of their emotions is called tone-policing, and is a way of refusing to hear those who have been hurt. An individual might be unable to hear another person’s experience or ideas, but that doesn’t mean the victim’s perspective should not be included in decisions, even if it is emotional.

Of course, these ideas do not mean that we should ignore our critical thinking training. People buying cars based on sex appeal or applying to a bank for a loan solely based on trusting a brand name are still letting themselves be manipulated. Appeals to logos also remain the only valid approach in academic arguments. However, in or daily life, and facing large scale and individual tragedies it seems reasonable to sometimes make an emotional argument. It is however, important to note that our arguments can sometimes reflect emotion whilst remaining appeals to logos (logic, rationality), and I’ll be looking at that in more detail in the next blog post.

Critical thinking is offered for free to all online learners at the Academy for Distance Learning. Come and take a course with us today!