Why you Shouldn’t Plant Rhododendron Ponticum

Rhododendron is a very popular genus of shrubs for gardens due to its clusters of flowers, which can cover the surface of the shrub, most often in spring. They are generally evergreen (except the deciduous Azaleas) and the individual flowers are concave (tubular, funnel, trumpet or saucer shaped) with long filaments (unlike flatter Hydrangeas). They tend to only grow well in acidic soils and will change colour depending on the pH. At least 500 species from across four continents have been cultivated, and thousands of cultivars have been bred (Brickell, 1996, p. 868). The first known cultivated Rhododendron species was Rhododendron hirsutum, from the Alps (Coats and Creech, 1991, pp. 160–1). This species was described by naturalists in the sixteenth century, and is known to have been cultivated in the century following (by 1656) by John (the younger) Tradescent (d. 1662). However, the most famous and widely grown Rhododendron species was Rhododendron ponticum (from here onwards, ‘rhododendron’), which was discovered by Tournefort by the Black Sea at the beginning of the eighteenth century. It reached England in 1763 and was widely grown as an indoor container plant by 1803. As it became more popular it began to be used as a landscaping shrub, and it is still used in this way today. 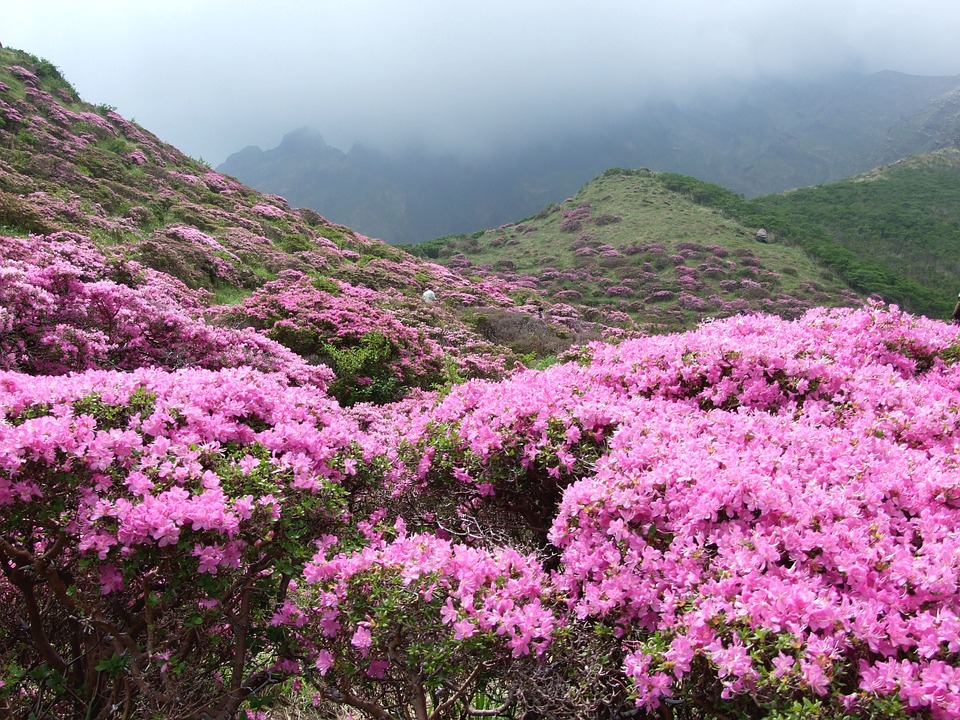 Unfortunately, rhododendron has proved to be a very invasive plant. In Britain and Ireland the main problem is that each mature rhododendron shrub can produce up to a million seeds (Jackson, 2008; IUCN SSC Invasive Species Specialist Group, 2010). These are distributed by the wind (especially if the shrubs are on hillsides or other prominent positions) and the species will naturalise on heaths, in wooded areas and even on lightly-grazed grasslands. Rhododendron is known to reduce populations of nesting birds. It is poisonous to livestock and is not eaten by many insects. It can carry an infection of Phytophora ramorum which infects native species. It grows in shade and in full sun, but it grows so tall and so thick that other species cannot grow underneath it. This is especially a problem in a woodland ecosystem which relies on light being available to different species occupying different tiers. Rhododendron has been implicated for example in the local extinction of bluebells (Hyacinthoides non-scripta) (Dehnen-Schmutz, Perrings and Williamson, 2004). Rhododendron is now listed on Schedule 9, Part 2 of the Wildlife & Countryside Act (1981, as amended) meaning that it is a legal requirement to take due diligence to prevent the plant from spreading to the wild.
Before Rhododendron ponticum became invasive, it gained additional genetic material from introgression with, among others, Rhododendron catawbiense from the eastern USA, which is a much hardier species. This allowed the invasive population of rhododendron in Britain and Ireland to become better adapted to the environment (e.g. potentially to become more cold-hardy), and more resilient to inbreeding (Milne and Abbott, 2000). Because of the population’s genetic history, Cullen (2011) has suggested that it should be treated as a new hybrid species cluster Rhododendron x superponticum.

The problem of rhododendron is becoming worse as the plant spreads. In 2001 alone, one survey reported £670,924 was spent on control nation-wide (Dehnen-Schmutz, Perrings and Williamson, 2004). Control can be successful but needs to be long term and repeated visits are necessary.  The use of glyphosate or a replacement herbicide seems to be required for control over larger areas. A recent experiment with applying biological control, Chondrostereum purpureum was not successful (Willoughby et al., 2015). A key requirement is that all local landowners are willing to co-operate. This can be difficult in that some landowners are only willing to spend money to control rhododendron which is directly affecting their own profit margins. The social cost of control is therefore likely to be higher than the private cost of control (Dehnen-Schmutz, Perrings and Williamson, 2004). In Snowdonia National Park, rhododendron has now spread to over 2,000 ha. It is especially found in woodland areas, on steep slopes and around the sites of abandoned nineteenth century country gardens. The total cost to eradicate it from the area is now estimated to be £10 million (Jackson, 2008), and attempts to control it have been ongoing since the 1930s. The standard control is to cut it down and then spray (or inject) with glyphosate and an adjuvant like Mixture B (to allow the glyphosate to infiltrate through the plant’s waxy leaves). 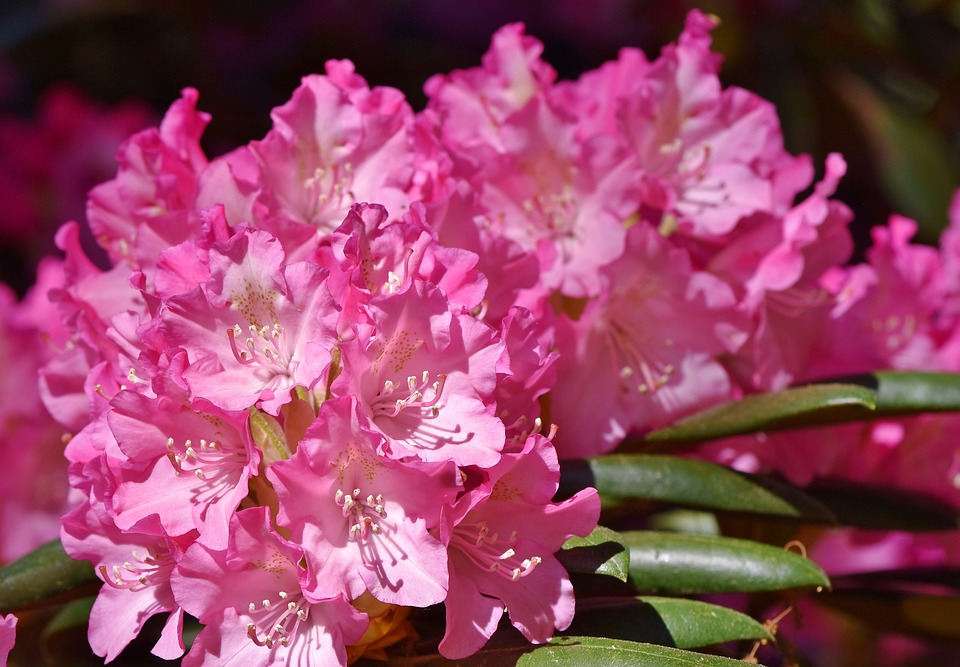 Rhododendron ponticum is a serious invasive weed. At a local level, it requires a concerted effort from landowners to eliminate the plant, especially in wooded and upland areas. However, given that the species spreads by seeding, gardeners also bear some responsibility, especially where their plants are in wind-swept areas. Other species of Rhododendron have proved to be less invasive and these can be constructively used to replace Rhododendron ponticum with little alteration of our gardens. However, the rhododendron crisis also demonstrates the risk we take when establishing hardy perennial or self-seeding non-native species in our gardens. This problem was caused by a lack of care among plant collectors, growers and gardeners, and a more responsible attitude among these groups will prevent invasive plants from becoming established in the future.

Jackson, P. (2008) Rhododendron in Snowdonia and a strategy for its control. Penrhyndeudraeth.

Willoughby, I. H. et al. (2015) ‘Synthetic herbicides were more effective than a bioherbicide based on Chondrostereum purpureum in reducing resprouting of Rhododendron ponticum, a host of Phytophthora ramorum in the UK’, Forestry: An International Journal of Forest Research, 88(3), pp. 336–344.