The Distance Learning And Online Courses From ADL Have Been Empowering Our Students To Succeed For Over 40 Years. Read Just Some Of Our Success Stories!

We don't have enough space below to list all our student's success stories, so here are a few to show what can be achieved with an ADL qualification. 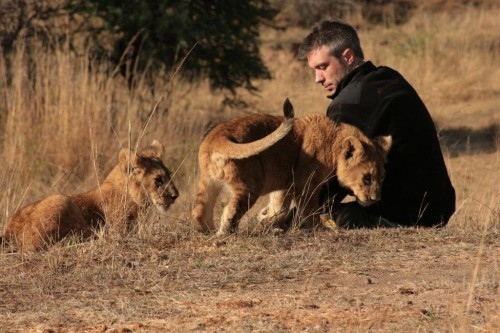 David is a world renowned Wildlife Conservationist. When he completed his Advanced Certificate in Wildlife Management with ADL, David stated “You should also know, that thanks in part to the courses I have studied with you, the University of Edinburgh has accepted me to do a Masters in Biodiversity, Wildlife and Ecosystem Health through distance learning.

Also, the University of Oxford, have accepted me for a short course in Data Analysis in Ecology.   So thanks for the service you provide”.

David continues to be a force in the world of Wildlife Conservation. 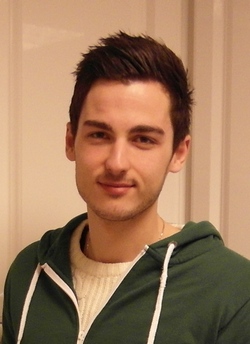 To stand out from other job applicants he would need an additional qualification to his Bachelors Degree in Geography, as awarded by Christ Church University, Canterbury, England.  Adam chose  ADL’s Higher Advanced Diploma in Environmental Management This qualification was ideal for him as it would help complement his degree and provide the additional skills and knowledge he was looking for.

“There were two factors, apart from the course content, that made ADL’s courses so outstanding and different. Firstly, the level of support I received from my tutors and the admin team really kept me motivated. Secondly, the practical tasks that I got to do at the end of each lesson really stretched my knowledge and skills of the subject matter. Blending theory with practical exercises made the ADL courses so exceptional”. 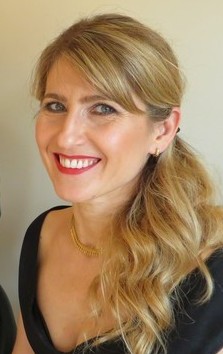 Distinction Runs in the Family Mother and Daughter Success

Congratulations are in order for mother and daughter, Mihaela and Ioana, who have each gained the grade of Distinction in their respective ADL- Academy for Distance Learning  courses. Mihaela, qualified as a Professional Bookkeeper and Payroll Manager by gaining Distinction in the  ICB (Institute of Certified Bookkeepers) examinations.

As a result of her dedication, hard work and outstanding grades, she was able to gain employment as an Accounts Administrator, with one of the UK’s  top financial and accounting practices based in Canterbury, England.   Michaela said ”what I loved about my ADL course was the level of support I received from my tutor and the ADL admin team. It made studying this course by distance learning and online so enjoyable”. 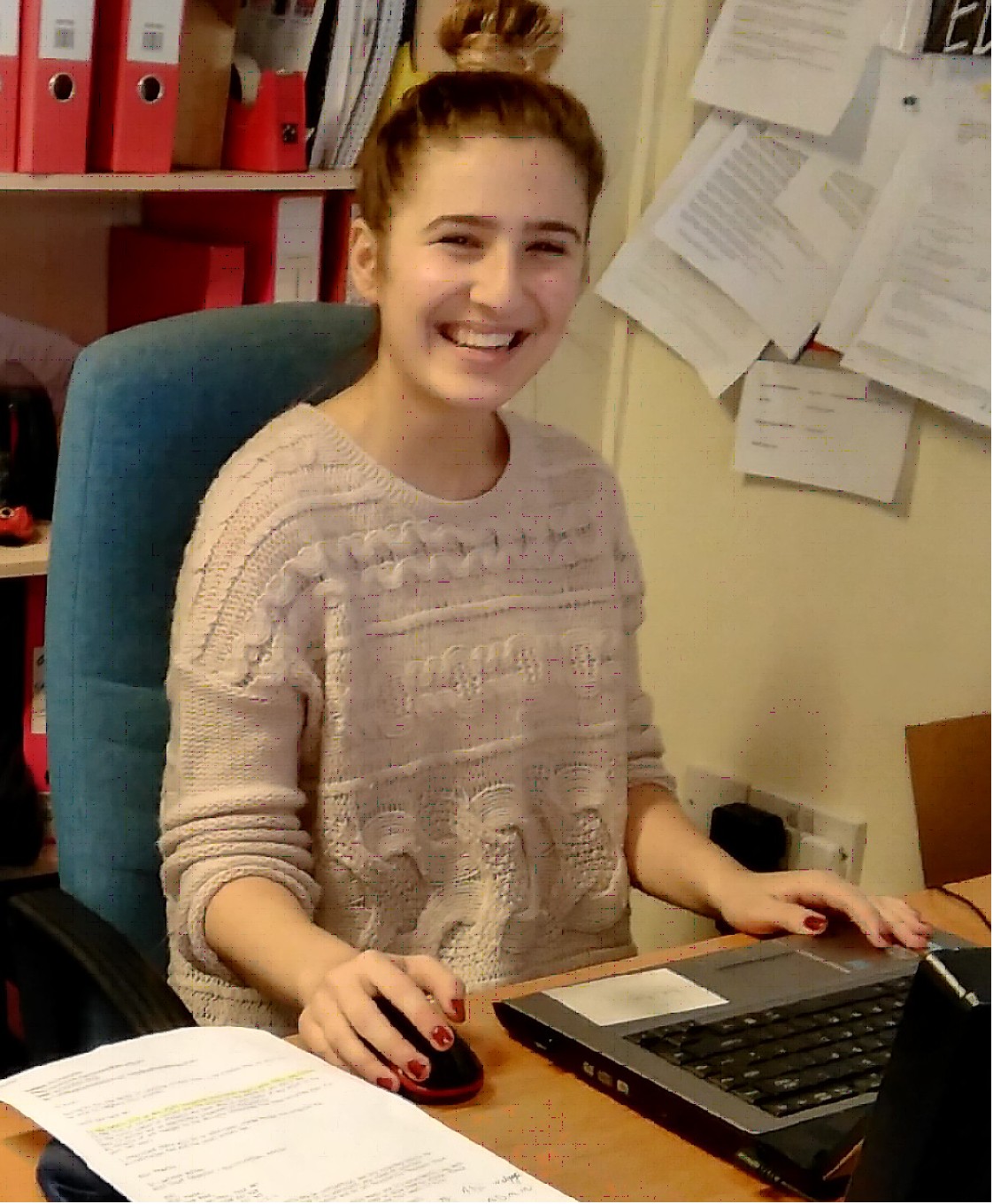 Distinction Runs in the Family Mother and Daughter Success

My daughter, Ioana, saw how much I enjoyed studying by distance learning that she wanted to study a course too.  She was preparing for her A-levels and chose  ADL’s Academic Writing.

We had a chat about how this course could benefit her considering her career goal was to attend university and begin a degree in Pharmacology. Ioana decided Academic Writing would be very beneficial to her university application. She enrolled and now has completed the course, achieving the grade of Distinction.

Ioana is looking forward to enrolling on another short course with ADL called Critical Thinking and is now studying Pharmacy at the University of Greenwich”.   Congratulations again, from the ADL support team to Mihaela and Ioana for their outstanding achievement. 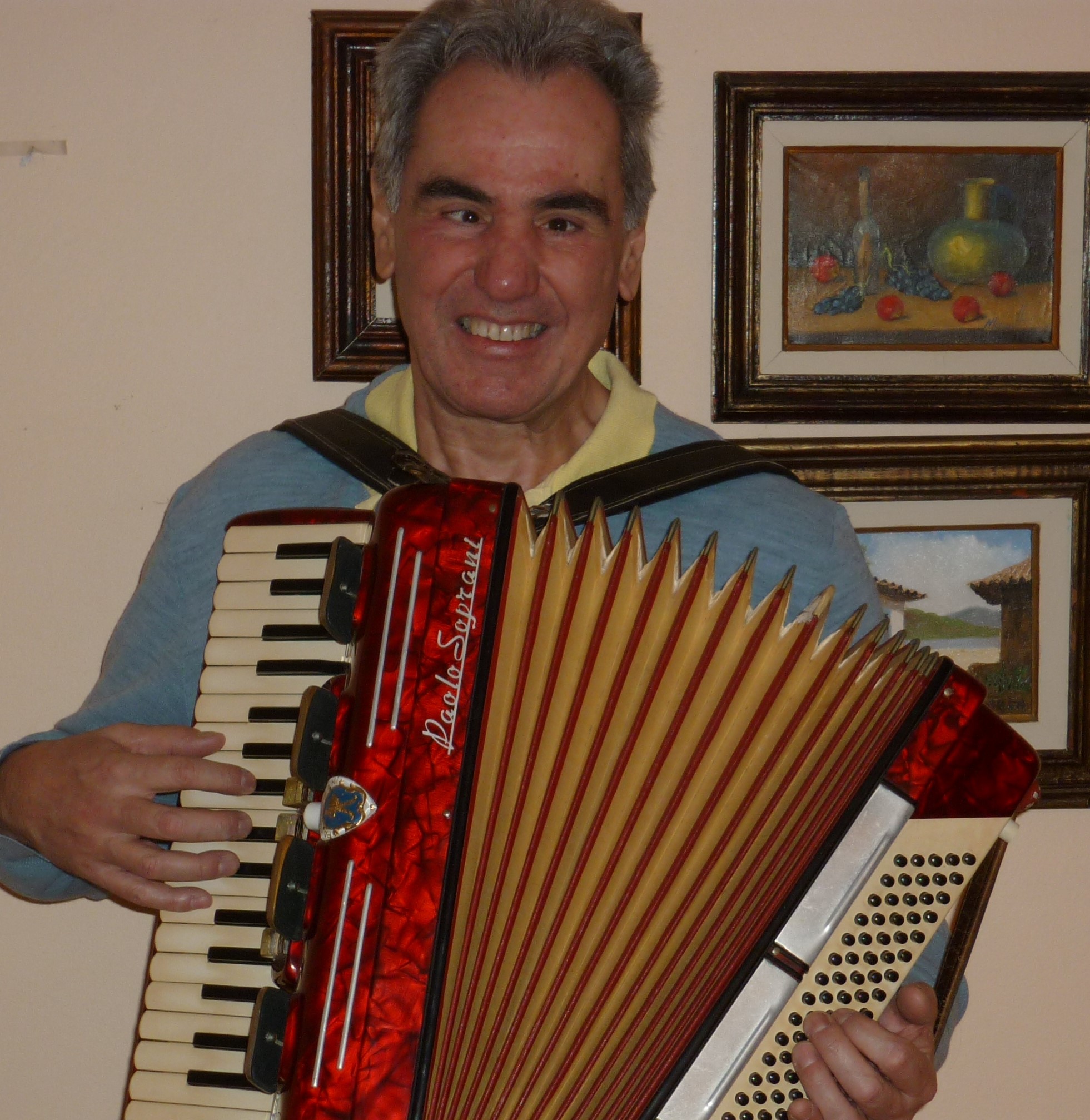 Inspiration at it's best

Luis is such an inspiration to us all.  He is visually impaired but manages to cope with our online distance learning course. He is currently halfway through his Neuropsychology course. To help him cope with the reading Luis uses a programme called “Jaws”, which is a dedicated screen reader.

Luis completes his assignments in a timely manner and completed the two ADL optional free courses in Academic Writing and Critical Thinking.  Luis is a great role model because he does not let his disability prevent him from furthering his education.

Luis owes his love of study to his fathers influence. Since his childhood, Luis’s father has always played a pivotal role in helping him understand the need to continually further his education and to accept challenges.

The local physiotherapist Luis Carlos Pistelli has just graduated in Neuropsychology from the ADL-Academy for Distance Learning, based in London, England. (This is a writer’s mistake; ADL is based on Canterbury). Blind from birth, Pistelli attended the distance course for 1 year, via internet, studying handouts in English, including correspondence with his monitor and performing the tests in that language. He is the first Brazilian student – and the only one so far – to be part of the student body of the school. APPROVED!

“As its name says, Neuropsychology is the junction of these two areas, as an interdisciplinary matter, which seeks to realize associations between a person’s psychological problems and neurological, bioneurological and fisioneurological issues, proposingsolutions,” Pistelli reports. At first, his choice was UniCamp, (Campinas State University), but that university was not able to form a study group in this area wanted by Pistelli. Searching for alternatives on the internet was the solution: “I found the ADL, I talked to them and there were no impediments, since I have on the computer a program that ‘speaks’ the words on the screen.”

There were 10 modules, each with a topic on Neuropsychology, studied separately and then bringing together both disciplines. The point is that the questions sent by the ADL require well-grounded answers in English, which results in several pages of theory that the student must know to answer correctly. “My average grade n each module test was always 9.7,” he says proudly. Pistelli maintains with him all the tests he has done that have been evaluated by his English tutor, Professor Iona Lister, a psychologist and specialist in Neuropsychology and Psychiatry in that country, with published books.

In addition to bearing the costs of the course, a difficulty that the native found throughout the year was to find support literature. “I had to buy several books, many in English, to have where to study and to continue; I also found many videos with content that helped me a lot, “he explains.

Although picky with her students, tutor Iona Lister has always ranked Pistelli’s results “far above” the average student attendance. She even told me that there were sections of modules that I introduced that she had never seen in 16 years of professional activity.”

The final exam was held on July 2 last, with the presence of a adjudicator (a “judge”) that proves the suitability of the test. Here in São João, for student Luís Carlos Pistelli, the adjudicator was Priest José Benedito David: the ADL sent the proof to the priest, who presented it to the student. Pistelli had only 1h30 to respond to the test. Your note was also 9.7 – okay! Priest José Benedito was chosen for this function because he is Secretary General of PUC of Campinas and after being appointed by Pistelli himself. Having verified his qualifications by the Academy, he was approved as adjudicator in the case of the Brazilian student.

FUTURE: The decision to participate in this course came at a time when Luis Carlos was still working in the municipal school network with children with mental disabilities. “My interest is to find out why there are these forms of deficiencies – physical, mental, sensory, multiple – and there must be explanations for it, “he says.

Result: retired as Physiotherapist, as a consequence of the completion of the course of Neuropsychology, Pistelli has received a proposal of work as a professor at a university that he still keeps in secrecy. Very willing to accept the invitation, since it maintains in its curriculum 120 hours of course in General Psychology and Psychology of the Disabled, coming from its course of Physiotherapy; Plus 60 hours of a Psychology course done in ‘Portal Educação’, with 60 hours.

ADL was founded seven years ago by Daryl Tempest-Mogg. Accompanied by a consortium of teachers, he saw an opportunity to provide quality distance learning courses “provided the tutors are highly qualified”, says Daryl, as is the case of Iona Lister, tutor of Luís Carlos Pistelli.

The Academy for Distance Learning (ADL) maintains an educational philosophy focused more specifically on learning and less on assessment. The main goal, according to his rectory, is to provide a solid foundation in the studies, “giving the student the opportunity to find a way to continue learning and adapt to the constant changes.”Their courses are designed to be experience-based learning: “In this way, we are better able to adjust to the changing potential of each student,” they say.

ADL offers more than 500 courses, in the form of distance learning, online, so that the student can study in the comfort of your home. Each course is supported by a tutor to guide you in your educational needs. In addition to Neuropsychology (medical area), the interested person will find courses about Engineering, Agriculture, Veterinary, Landscape, Economy, Administration, etc… 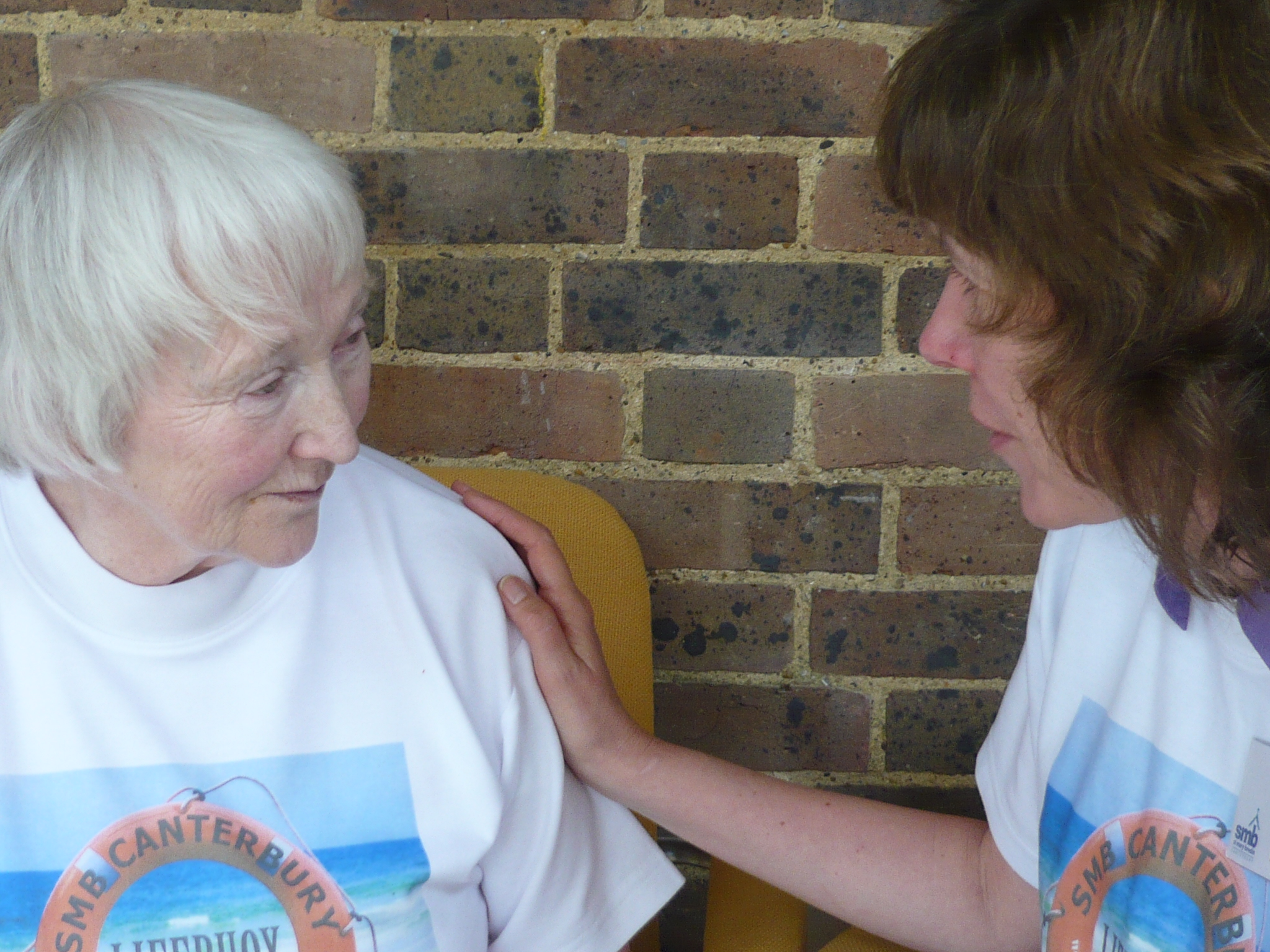 The course and structure was excellent and better than I expected. It was very well presented and easy to follow. I received excellent feedback from my tutor Iona Lister, who returned marked assignments very promptly. This was a very important to me.

I have absolutely nothing but praise for the professional and friendly manner of the administration staff, who were always very helpful when I needed guidance. The course was very comprehensive. I was very impressed with the course, the website and admin and  would dearly love to study with you at some point in the future, when funds allow.” 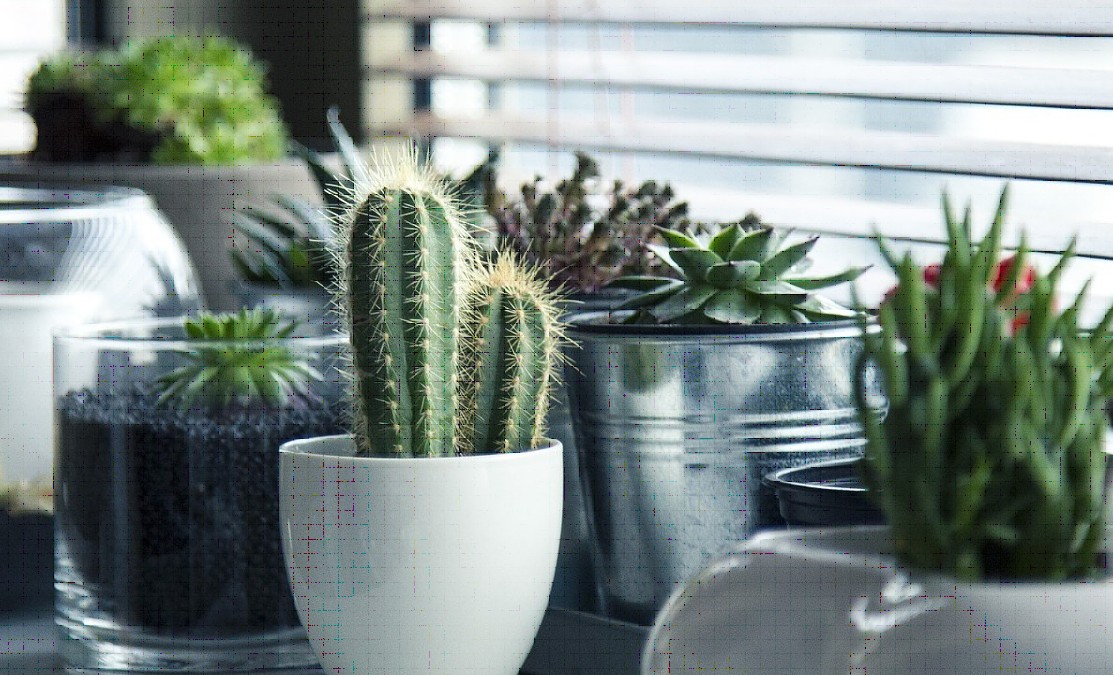 Meg wanted to work with interior plants and has achieved her goal. “Upon completing the interior Plants Course I was offered my dream job.

Taking this class was one of the best decisions I’ve made, the information I received was invaluable.  Thank you ADL”. 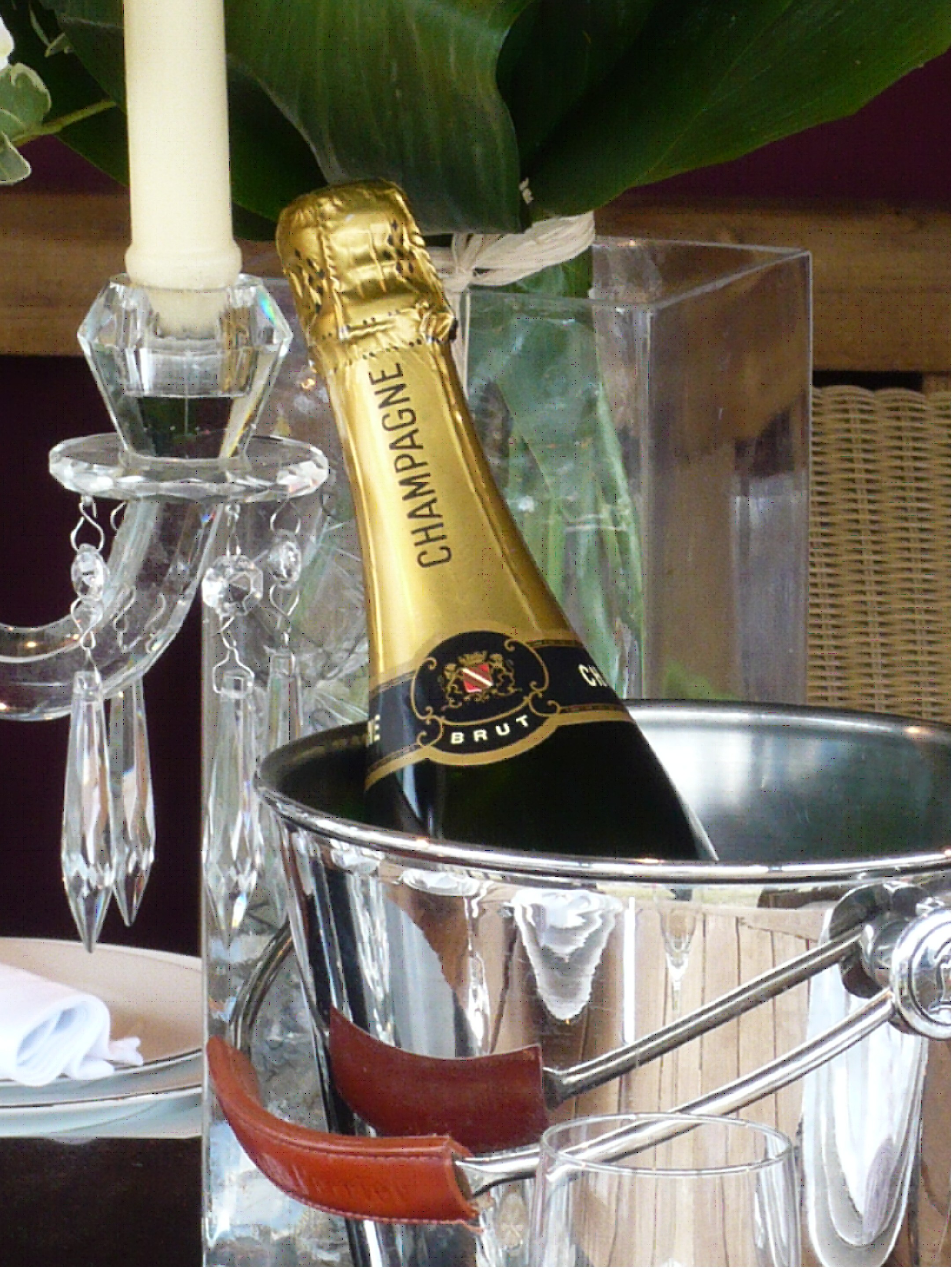 Daniel found his course, Hotel Management, was “comprehensive and well edited. For sure it can give a new worker in the hospitality industry the basic theoretical and practical knowledge required”.

Daniel now has employment in his chosen profession – Hotel Management – due n part to his ADL qualification and his skills.