Animal Husbandry Careers – Where a Course Can Take You 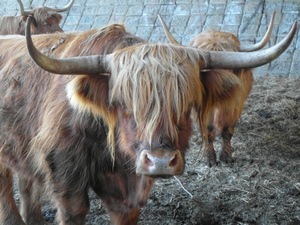 Old Macdonald had a farm, as the nursery song goes  (cue oinking, quacking, mooing, baaaing and the obligatory ee ai ee ai oh).  He was also a really bad farmer, since he only ever seemed to have had one cow, or one sheep and, in one or two verses, a single chicken.  Clearly, old Macdonald and his solitary duck didn't have a clue what they were doing and could have really benefitted from a course in Animal Husbandry.

Animal Husbandry is the care and feeding of farm animals, usually for profit. The term and principles are often shared across animal caring disciplines as a whole however humans are involved in the raising and care of animals from cows, to pandas to prawns.  Learning how to look after animals is one of the oldest human innovations and it is a discipline still very much alive today.

We may have cities, air planes, computers and all the wonders of the modern world, but animals still impress and astound many enough to tempt them away from the lives of the modern urban dweller into a career that's much more organically focussed.  But what can an animal husbandry course get you and what doors does it open?  We list some of the many possibilities that a graduate of Animal Husbandry can progress into.

Following in old Mcdonalds footsteps, life on the farm is the first thing many people will think of
when they think of the use of animal husbandry.  Sure, it's hard, messy and muddy work sometimes but
farmworkers can take immense pride in seeing their flocks grazing safely in the fields.  At least until it's
time to sell some of the herd off for meat.

On the pessimistic heels of last weeks article, Bee Keeping is increasingly in demand due to the
decimation of Bee swarms and hives, thanks to over use of dangerous pesticides.  Standing in the middle of
a flight of buzzing stingers may not be everyones idea of a great job, but the sweet honey more than makes
up for it!

Sure, they're not stricly speaking domestic animals, but nothing brings the crowds to a zoo quite like a polar
bear cub.  Many of the principles in good animal care apply for those working in zoos.  The animals are still
creatures that have to be managed and cared for for profit, but fortunately, in this case, they're worth much
more alive and pretty than as sausages.

Nature is a powerful force, but even it threatens to be overwhelmed by the encroachment of human
development into forests, grasslands and other natural habitats.  Conservationists help to address the
balance.  The animals in question may not be tame or domestic, but they need the same care and
attention of dedicated trained people if they are to thrive in properly managed reserves and parks.

It's a sad fact of life that there simply are not enough homes for all the potential pets in the world, and even agricultural animals like hens or sporting ones like grayhounds, can find themselves ruthlessly culled when
they outlive their usefulness.  Fortunately, there are a great many charities working to protect these
vulnerable domestic animals, from famous names such as the RSPCA to smaller local groups. An
understanding of the fundamentals of animal husbandy is key knowledge for any volunteer in these
organizations.

As a certain lobster said, "Life (here) is better down where its wetter".  You won't see them mooing in a paddock or curled up next to a fireplace, but marine life and fish are both essential to the environment and as needing of trained individuals to look after them, whether they are being raised for show in an aquarium or for food on a fish farm.

A nurse for sick puppies by any other name, veterinary assistants are aides to fully trained vets and are involved in all aspects of animal care.  An animal husbandry course is an excellent starting point for anyone looking for employment in this field, or even as a starting point for a professional career as a vet – though you'll need further qualifications before anyone will let you treat their beloved pet cat.
PrevPreviousHands on Conservation: Being a Volunteer
NextCasting Call for Amateur Gardeners – Part 2Next