Fenugreek (Trigonella foenum-graecum) is a wonderfully versatile annual herb from the pea family (Fabaceae). It is native to Southern Europe, the Middle East and Western Asia. It was first mentioned in the Egyptian Medical Ebers Papyrus in 1500BCE as a medical herb and to embalm the dead. The fenugreek plant is quite hardy and reaches 2-3ft which makes it an ideal cover or overwintering plant in arable agriculture. Fenugreek is also a nutritional powerhouse so the ancient Greeks & Romans used it for cattle fodder, a practice which is still followed today. But of course, most people will know Fenugreek for its culinary uses; the seed pods contain 10–20 small, flat, yellow-brown, pungent and aromatic seeds wwhich are used to season curries, and the green tops can be used like spinach where it is called methi in Hindi.

Fenugreek seeds have a somewhat bitter taste, vaguely similar to celery, maple syrup or burnt sugar. In order to take the bitterness out of the seeds, heating them in a frying pan or skillet, or frying them on oil, is necessary. Most Indian households cannot do without methi or fenugreek seeds and leaves. It is used in almost every Indian preparation, be it dal, paratha or curry. My favourite use of methi is to make Methi Aloo; fring dried or (ideally) fresh methi leaves, with potatoes in heroic amounts of ghee and salt.

There is an impressive amount of research data which confirms fenugreek as being a potent anti- inflammatory, cholesterol lowering, appetite increasing, energy and libido raising herb. It can even improve lactation in new mothers. In the Indian medical system of Ayurveda, Fenugreek is considered a warming spice, and contributes the bitter, pungent and sweet tastes. It is used to enhance digestion and prevent stomach disorders. It is also good for the skin and hair. Fenugreek seeds can be used both whole and ground. Powdered seeds can also be used topically (applied to the skin) to reduce inflammation, skin problems, injuries, etc. In short, it is a medicine chest and likely at some point to be classed as a 'superfood'.

And the best news of all- fenugreek is easy to grow in the UK climate!

Obtaining seeds is straightforward; just use any supermarket seasoning variety or a World Food store where the seeds can be bought in bulk quite cheaply. They can be sown outdoors by sprinkling over a patch of well-drained soil in full sun, raking over, and watering well. The soil should be rolled after sowing to increase soil moisture contact with the seed. The ideal sowing time for fenugreek is generally between March – May. The seeds germinate quickly to form a low mat of clover-shaped leaves about 30cm high, which can be used as groundcover between taller, widely spaced crops. This is an example of a self- mulching multi- layered agriculture system. 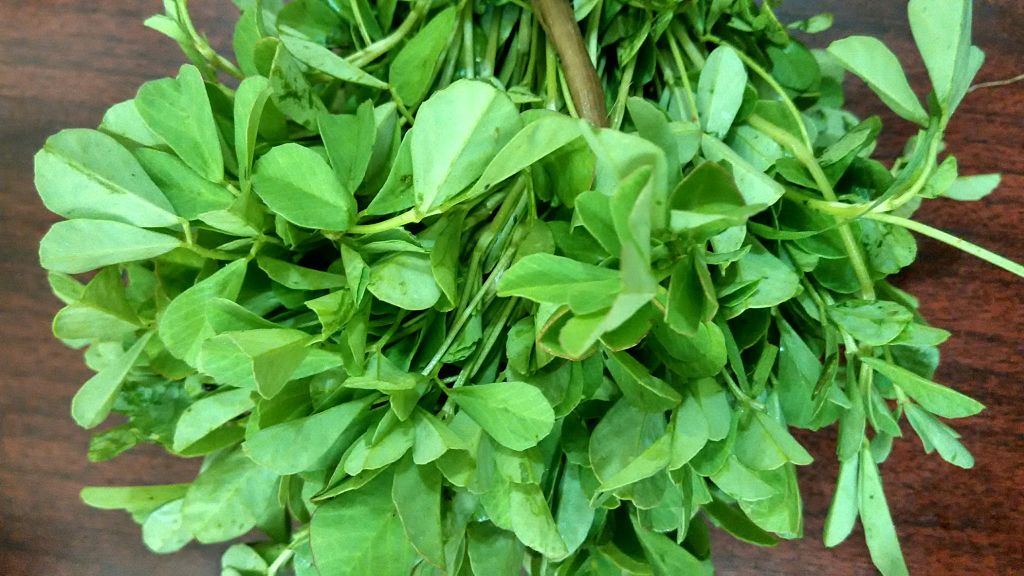 Despite being a Mediterranean crop, fenugreek will show a surprising resilience to hard frosts. This crop rapidly produces large amounts of biomass. Its growth is vigorous enough to compete against weeds without the need for cutting. Fenugreek has few pest and disease problems. This crop has a very short persistence, as it will start to flower and set seed after a few months and ideally as a green manure, the plant should be dug back into the soil before flowering to preserve nitrogen. Having said that, bees do love the flowers of fenugreek.

"This annual legume will only grow in the spring and summer; it is unlikely to fix nitrogen in the UK. "

However this nitrogen fixation problem can be overcome. When sowing fenugreek the seeds need to be ‘inoculated’ with the bacterium Rhizobium meliloti. This culture is bought in sachets and mixed with the seed at the time of sowing. It is a relatively simple process and only needs doing once per crop. That way you can utilise the range of culinary, medicinal, and cultivation functionalities of this unsung plant.

Think outside the box! Designing unique horticultural, sustainable agriculture and permaculture solutions is a feature of courses offered by ADL. Sign up today! 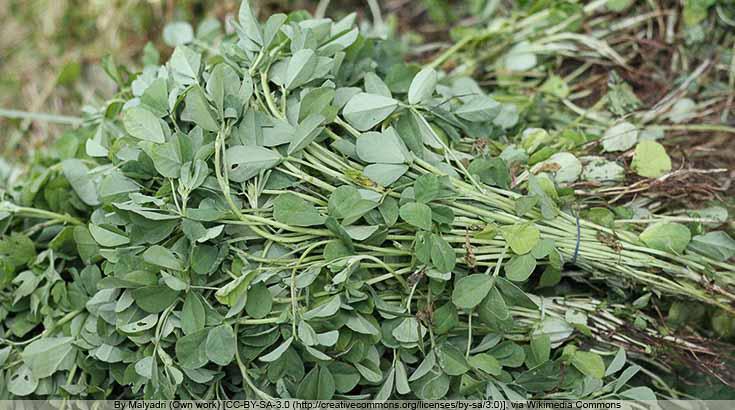