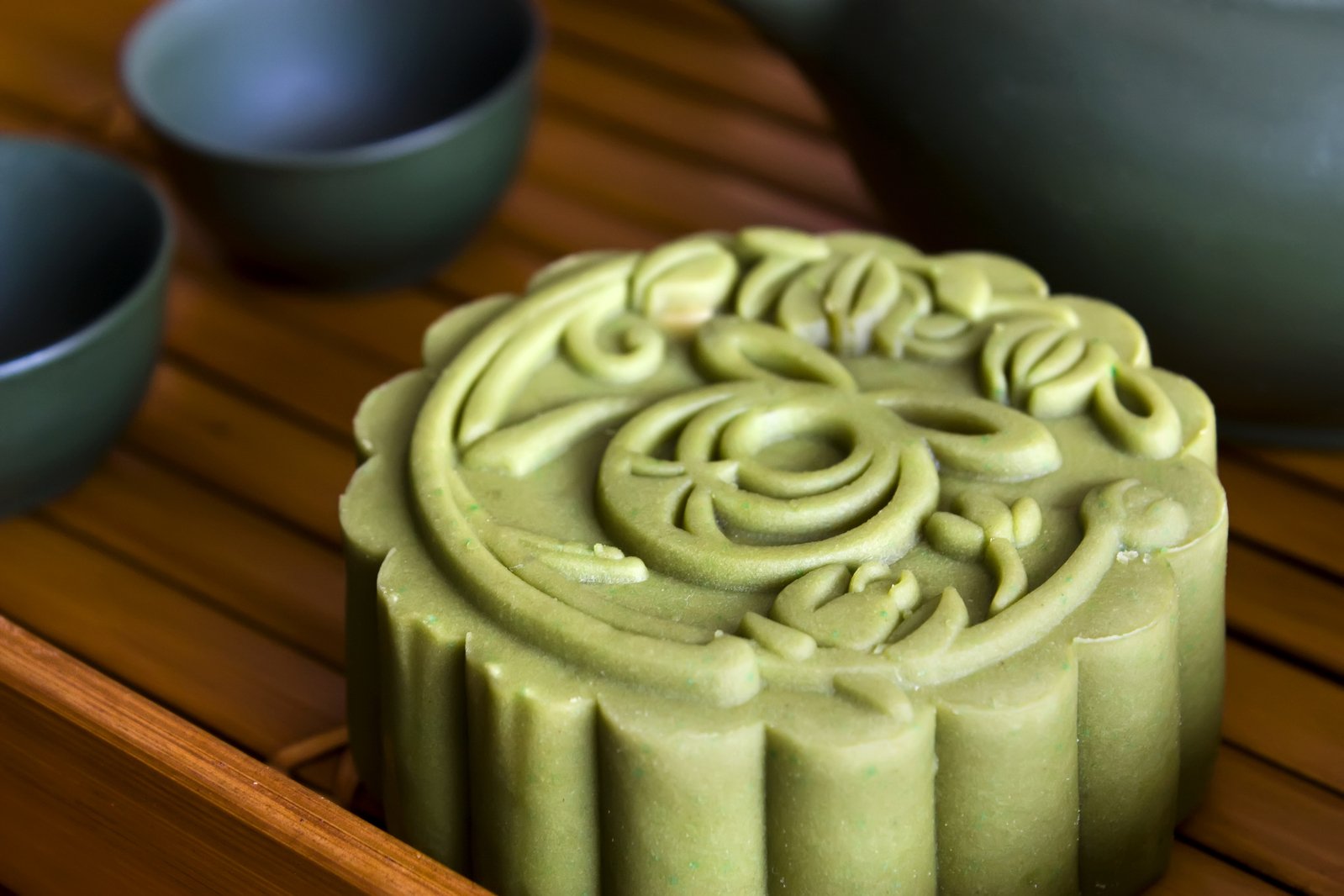 For those of us looking for something to celebrate, we might consider joining in on the Mid-Autumn festival.  This festival, celebrated in China and several neighbouring countries, is a harvest festival that falls on the 15th day of the 8th month of the lunar calendar, which this year makes it the 24th of September.

Traditionally, the festival is linked with ancient practices of moon worship.  There are many associated myths across China and its neighbouring countries about how this came about.  It is customary to make offerings to the deity Chang’ – the Moon Goddess of Immortality.  But for gourmands, it also presents an opportunity to eat copious amounts of delicious moon cakes.

Moon Cakes are regarded as an indispensable part of the festivities surrounding the Mid-Autumn Festival.  So much are they associated with it that, in some places, the entire celebration has become known as the Mooncake festival.   They are traditionally made as round pastries, the roundness symbolizing the moon from which they take their name.  The moon often represents harmony, and it is common during the festival for families to gather together to watch the moon while sharing such snacks. They are often cut into pieces and eaten with tea.

The Mooncakes themselves vary depending on where they are made.  The most commonly encountered one is the Cantonese-style, which is typically 10cm across and about 3-4 cm deep.  A chewy crust made of sugar syrup, lye water, flour and oil, surrounds an inner filling.  The crust is usually elaborately decorated with the Chinese characters for longevity or harmony, as well as references to the goddess Cheng’e.  They also usually have the name of the bakery and the contents imprinted on them as well.

The filling is most traditionally a sweet, dense paste, made of either lotus or red beans. These are the historically popular flavourings for desserts in China.  However, as happened to the donut before it, no baked product can survive exposure to the modern world without someone attempting to improve upon it.  Thus today, Asian bakeries output anything from pineapple to pork, mushrooms and seaweed. Diet conscious festival goers can enjoy a range of low-fat and animal-free mooncakes, compatible with vegetarian and vegan diets (traditional recipes typically use lard in the crust).

For all their tastiness, Mooncakes do have one downside – being a festival food, they are typically only available between August, September and October depending on when the festival itself fall, meaning that if you are wanting to sample this delicacy yourself time, is already running out.

Want to learn more about different cultures, food preperation or nutrition? Then take a course with ADL today!

PrevPreviousHow does Counselling differ from other Helping Roles?
NextAm I Taking My Course Seriously Enough?Next