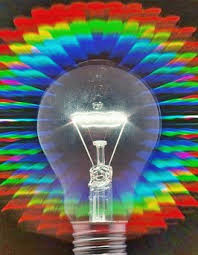 Once upon a time, during art class as a child, you were probably introduced to the concept of primary colours, the idea that there are three colours from which most other colours can be derived.  Typically you would have been taught that they were red, yellow and blue.  By mixing these you could get green, orange, purple and all sorts of other wonderful colours.

But later as you grew up and stepped into the digital age and got your hands on such wonders as computers, digital cameras and televisions, you probably noticed that things seemed to work a bit differently in technology land.  Indeed, someone had apparently taken it upon themselves to usurp yellow's position amongst the primary colours, with a suspicious green circle showing up next to red and blue.

The difference between the painter’s world and that of the digital photographer today is that the way their images are produced are split into two different methods.  The traditional painting model is called subtractive and works like this:

As you may know from science class, light and colour as we see it is made up by the absorption of light by particular objects.  If an object only reflects red light, we see red.  If it absorbed all the light we see black, and conversely, if it absorbs nothing at all we see white.

Subtractive colour mixing effectively works by ensuring that only particular colours can be reflected from an item.  When you look at, say a photograph in a text book, you are only seeing the light that is reflected into your eyes.   Subtractive colour mixing is the method used by traditional artists, books, posters and any work of print that is not displayed on a monitor.

The additive method is used primarily by digital and other mediums that rely on the emission, rather than the absorption of light.  Again going back to science class, black is the colour which shows a complete absence of light, whereas white is the natural colour of unfiltered light. As diffraction experiments through a prism show, the visible “white” light is made up of light of different colours, hence a rainbow.

In digital devices, such as computer monitors and TV’s, the screen is made up of dozens of tiny little pixels which together make up the image.  A pixel turned off emits no light and displays as black, but one fully on is white.  Furthermore, by altering the levels of Red, Green and Blue, the pixel can be made to display different colours.

Retiring a Colour Circle – Why Red, Yellow, Blue is No More

This doesn’t explain why Red, Yellow and Blue are still taught at primary school level as core colours.  The reason for this is largely tradition as, prior to the development  of a modern understanding of colour theory and how humans see, the three colours were chosen as primaries on the basis that they cannot be created from other colours, but can be used to create other colours.

Today we know differently.  Red, yellow and blue do not represent the full breadth of human vision, which is why printers today, including colour printers, take as their primary colours Cyan, Yellow and Magenta, which offer a far wider range of possible colour combinations.   Furthermore, most printers also include black on the basis that, while it is possible to make it out of the other three colours, in practice, the black produced from mixing is inefficient and a more ruddy brown than a true black.

PrevPreviousGraphic Design: Why You Need a Portfolio
NextTen Things to Avoid as a Wedding PhotographerNext